Monday, 21 November 2011
5
Al Maiorino
Our expert blogger, Al Maiorino reports that one of the most rapidly developing areas of the public affairs industry in the United States is the Not-In-My-Backyard (NIMBY) niche. The NIMBY ‘Syndrome’ is a tricky phenomenon that most commonly affects the industrial and renewable energy industry in particular. NIMBY consists of strong opposition by one person or a group of people to a new project or development in their community, as we find out in his latest blog piece. 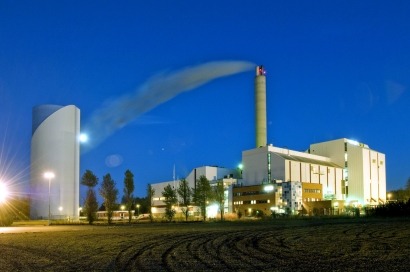 If you decide to build a new biomass plant or a wind farm, chances are local residents will quickly organize to communicate their opposition in an effort to curb your development. If you haven’t faced NIMBY before, you may think that it is rather harmless and easy to control. On the contrary, well-organized opposition may halt or even destroy your project.

The NIMBY syndrome is believed to have originated as early as the 1950s in the United States. However, the real boom in practice of communal opposition to development happened in the 1980s. While the true place of origin is debatable, one thing is clear: It didn’t take long before NIMBY spread throughout world. From China to Great Britain, from Brazil to Australia, the renewable energy industry is looking for ways to win this battle. NIMBY has no regard for geography or national borders. It is active in different countries, different cultures, and different industries for the same reason-to prevent development and progress.

Below are some of the most recent and significant examples of how NIMBY affects projects all around the world. These examples also highlight the fact that ‘young’ and ‘controversial’ industries are more susceptible to NIMBY opposition than traditional businesses.

Wind farms in England are facing fierce opposition. In 2010 the consent rates dropped 50 percent with only one-third of projects being approved by the authorities. This was an all time low for the industry, and it hasn’t improved much since. For instance, Pilrow Wind Farm near Rooksbridge is threatened by opposition to their plans to build six 140 meter tall turbines. NoPilrow, the local opposition group, carried out a survey among local residents to establish their view of the proposed development. According to their survey, out of 624 respondents, 561 were against the proposal. If the results are correct, the developer will have to address a rather serious issue. Such extensive disapproval rates have the potential to be fatal to the project.

A similar story is developing in Vancouver. Schneider Electric filed a lawsuit against the City of Vancouver for initiating a six-month moratorium on development that allegedly violates planning laws. The developer has a contract with Clark County to build a biomass power plant that would heat several buildings and generate extra electricity that could be sold on the grid. The level of local opposition, however, prompted the governing bodies to reconsider the proposal. Dozens of local residents united to form the Clark County Clean Air opposition group in hopes of persuading the commissioners to derail the project. Schneider Electric seems to be determined to win this battle. That being said, it will still have cost the developer time and money, even if the opposition backs down.

In 2010, an attempt to significantly reduce carbon dioxide (CO2) emission faced serious opposition in Beeskow, Germany. A Swedish energy company planned to build a CO2 storage facility deep under the ground of the city of Beeskow in Brandenburg. The project would have been one of the few in Europe and was supposed to significantly reduce CO2 emission from coal-fired power plants.

Instead of being released into the sky, emissions would be processed and stored in the underground facility. Researchers believe that by 2050 the use of this technology will reduce coal emissions by half and at minimal cost. The project faced fierce opposition from the locals. They labeled it ‘The New Chernobyl’ and made very dramatic displays on the streets, inside stores, and even on church roof tops. While the project continues to be developed, this intense opposition couldn’t have gone unnoticed. Valuable time and resources were spent on addressing this problem.

Some critics claim that this widely spread NIMBY syndrome is not a global problem, but rather an industry-specific issue. They argue that renewable energy is an unfamiliar and at times even controversial subject, thus raising suspicion from local communities. ‘Traditional’ businesses also fall under NIMBY attacks. The massive opposition to the Keystone Pipeline is an excellent example. The pipeline system is supposed to link a supply of Canadian crude oil with some of the largest refining markets in the US. The massive opposition to the project has reached the White House. Some time in November, various opposition groups plan to gather at the White House in Washington, D.C. and form a human chain around it as a sign of protest.

Perhaps the NIMBY fights do not always stand out on the news, but if you pay close attention, it will become evident how often various projects are halted due to opposition. Regardless of the industry or location, NIMBY always presents itself in an attempt to curb a proposal. Communal opposition to development may seem more appropriate and reasonable in Western societies, but NIMBY manifests itself even in the most remote locations. It has no regard for geography, culture or politics. It can attack any project no matter how big or small. NIMBY has gone global and continues to grow.

Also for our latest newsletter, www.publicstrategygroup.com

For further articles we can discuss. Al Maiorino

Al Maiorino
thank you
heather lehman
NIMBY-ism has been around for ever. Though originally it was largely a force of economic power and not community. Meaning, if you had a monied environs you could force projects away from your area. Rich neighborhoods don't want planes flying overhead, get the airport to reroute over another. Rich neighborhoods don't want to deal with powerlines? Reroute to another. NIMBY now, however, has a different manifestation and it is more rightly called NO MORE IN MY BACKYARD or NMIMBY. It is often the case now because we have expanded to where there is no "away" to throw our trash or site many projects and because the neighborhoods and communities in which the projects are to be sited already have a greater burden than others. In energy infrastructure debates, such as the Keystone XL, the NIMBY situation does not apply at all, in my opinion. Why? Because the global ramifications of the project make it in everyone's backyard. So the idea that NIMBY applies is ludicrous. Simply because vested interests stand to gain money and are deliberately blind to the global fallout of their "project" does not mean that they can use the argument that the project is being opposed just by NIMBY resistance. In these instances, the argument is rightly "Not On This Planet." Communal opposition or communal defense? You may not like it, but what is the alternative? Let anyone do anything just because they can? You use mixed examples that do or don't apply but don't really fit in one tidy group of good or bad. And you conveniently neglect to give any details of projects like Schneider Electric's downtown Vancouver, WA boondoggle - sell the power to whom? Get tax payer subsidies to do what? Further burden an airshed that already has issues so that who can profit? NIMBYism is a byproduct of powerful agents not communicating in the first place but running roughshod over everyone and calling it progress. Maybe the real issue at hand is that corporate actors need to have their profit at all cost framing removed. Then you might find that communities aren't overly taxed and are less defensive. And you might find that many of these projects aren't worth the time if it were not for handouts from the very people who DON't benefit. NIMBY is growing because it is a defense mechanism and that is a good thing.
¡Suscríbete!
hydrogen