Monday, 30 September 2013
0
Al Maiorino
As the world’s most populous country, China is already the largest consumer of energy in the world. According to the U.S. Energy Information Administration, China alone accounts for half of the global consumption of coal and is the second largest consumer of oil, driving criticism of the country’s energy practices from many parts of the world. 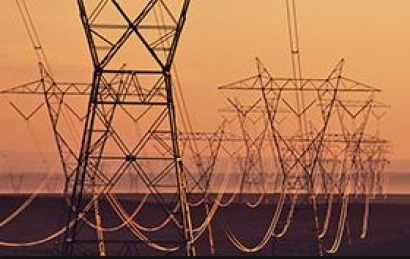 However, growing public opposition to traditional energy projects that increase pollution is creating a new wave of pressure for an expansion of renewable energy sources in communities throughout China. Despite the negative emissions statistics that China’s energy output generates each year, the nation has progressed in its efforts to expand renewable sources.

According to the United States Geological Survey (USGS), China is the largest producer of hydroelectricity, and the Energy Collective states that wind is the nation’s fastest growing renewable energy source. Because China’s rapidly expanding economy yields such a high energy demand, China will be put to the test in selecting the type of energy it will use to fuel the country’s future economic growth. The growing “Not in My Backyard” (NIMBY) opposition trend directed against sources of traditional energy will likely continue to usher in a positive shift in China’s sustainability efforts.

Opposition to developments of large scale industrial energy facilities that pollute the environment is newly on the rise in communities throughout China. NIMBY activists effectively stalled Shenzhen Energy’s plans for a coal-fired power plant last August after the release of reports of the project’s negative impact on public health.

Although Shenzhen Energy attempted to alleviate community fears about the effects of pollution by employing new technology to filter sulfur dioxide and nitrogen oxide, community resistance was too strong for the development to continue as planned. The stalling of this project is just one example that reflects the rise in community resistance that is putting the brakes on many non-renewable energy development projects throughout China.

Still, while certain cities in China such as Hong Kong have banned the development of new coal-fired power plants altogether in an effort to reduce emissions, other areas such as the Guangdong Province have neglected to enforce these bans in order to feed the nation’s rapidly increasing energy demand, regardless of the effects of these plants on the environment.

However, NIMBY activists are proceeding to take matters into their own hands at the local level, demonstrating fervently against traditional energy developments in their communities. As these protests continue, local Chinese governing bodies will be forced to embrace cleaner sources in place of the large-scale industrial energy developments that have polluted communities throughout China for years.

Since China is still in the midst of its industrialization process, an expansion of large scale energy production is critical to sustaining its growing economy. However, rather than an expansion of the traditional energy sources that are experiencing NIMBY-caused delays and suspensions more frequently, the solution lies in an expansion of renewables.

Even as the largest producer of hydroelectricity, the USGS reports that China still has an abundant reservoir of untapped hydro-resources, and while China has made strides expanding its wind energy facilities, many turbines remain dormant. Still China’s increased public support for renewables is evident in the Environmental Ministry’s May 2013 endorsement of what will become the nation’s largest hydroelectric dam once construction is completed on the Dadu River in the Sichuan province. Even though China still has a long way to go in reducing emissions, residents speaking out against the developments that pollute the environment in their communities will move this process along much faster given the costs of time and resources posed by NIMBY opposition to developers when projects are delayed or cancelled.

Given China’s growing experience with NIMBY opposition, it is important that developers of renewable energy projects in China do not fall victim themselves to NIMBY activists who support renewable energy but prefer that it is located in someone else’s community.

Public backlash on traditional energy projects in China reportedly stems from a lack of transparency in the project planning and community consulting phases, and this aspect of project development must not be neglected in pursuit of renewable projects either. Timing is everything as too often an aggressive campaign to set the tone of a project’s message is not considered by developers until the opposition has already boldly defined the negative aspects of the project in the community.

Instead, a systematic campaign of community outreach that educates residents in a project area about the facts of the project as soon as it is announced would serve to dispel the myths created by the opposition before their version of the facts can be disseminated. Such outreach can occur in many forms, including direct mail, web page creation, and open house or discussion forum events. Each tactic is effective at tapping into what might otherwise be a silent majority of supporters for a renewable project.

Once developers in China address the communities they seek to build in through their informational campaign, they should promote a call to action among supporters. They should create a database of supporters generated by returned supporter contact cards from the direct mail outreach and also through telephone identification phone banking calls. Both methods allow for the coding of individual residents according to various demographics. This process also allows for easy mobilization of supporters for hearing attendance and for letter writing campaigns to local officials and newspapers.

China’s opposition to large scale traditional energy projects does not automatically translate to vocal support for renewables. However, with the proper techniques of a strategic grassroots and public affairs campaign, communities will have all the information they need to make informed decisions to embrace renewable developments as the best means to fuel China’s rapidly growing economy.