Key Switchgrass Genes Identified, Which Could Mean Better Biofuels Ahead

Wednesday, 27 January 2021
0
REM
Biologists believe they are one step closer to a long-held goal of making a cheap, widely available plant a source for energy and fuel, meaning one of the next big weapons in the battle against climate change may be able to trace its roots to the side of a Texas highway. 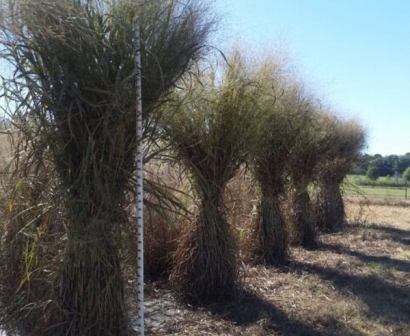 Researchers at The University of Texas at Austin, HudsonAlpha Institute for Biotechnology, the U.S. Department of Energy (DOE) Joint Genome Institute (JGI) and other institutions have published a complex genome analysis of switchgrass, a promising biofuel crop.

The team tied different genes to better performance in varying climates across North America, which now gives scientists a road map for breeding high-yielding switchgrass paired to current and future climate conditions across the United States. Optimizing switchgrass to grow efficiently in many diverse environments is a key component of ensuring its success as a biofuel feedstock.

The findings are published in the journal Nature.

This quest for better switchgrass began more than a decade ago in the UT Austin lab of Tom Juenger, a professor of integrative biology and a corresponding author of the paper. In requesting samples from the U.S. Department of Agriculture’s switchgrass stocks, he noticed a lack of diversity. So, he and his then-postdoctoral researcher, David Lowry, set out to find their own.

“Originally, a lot of these collections came from us driving around in a pickup truck with a shovel and digging up plants off the side of the road or in parks where we had permits,” said Lowry, a co-author of the paper, who is now an assistant professor of plant biology at Michigan State University.

Switchgrass is a hardy perennial with deep roots that grows all over the country from Canada to Mexico and is an important component of the tallgrass prairie habitats of central North America. It can reach heights of 12 feet in some areas and is used to control erosion, as a game cover and occasionally as food for cattle.

But its most important use may come as a source of biofuel, which is a critical component of lowering atmospheric carbon levels and combating climate change. The ultimate goal of the research is to develop high-yielding varieties of switchgrass matched to one or more of the many different climates and eco-regions of the United States.

Juenger, Lowry and colleagues from HudsonAlpha Institute for Biotechnology and the DOE Joint Genome Institute created 10 identical gardens in eight states, growing clones of more than 1,000 switchgrass samples collected from across North America. They sequenced the genetic diversity of these samples and assembled a high-quality reference genome sequence to compare the diversity. They then chronicled which varieties thrived and where, matching sections of their genomes with specific traits that had evolved over millennia to specific climates throughout the continent.

“We ended up finding three very distinct populations of switchgrass from three regions of the United States, all of which had their own sets of adaptations to climate,” said Alice MacQueen, who is a first author of the paper and a research associate at UT Austin. “It means there are potentially multiple evolutionary paths available to match switchgrass plants to particular climates.”

The research is funded by the DOE, the Great Lakes Bioenergy Research Center, the Center for Bioenergy Innovation and the National Science Foundation.

Information provided by the University of Texas at Austin