Tuesday, 12 June 2018
0
Robin Whitlock
Power-to-Gas transforms electricity from renewable energy into hydrogen gas which, once converted, can be stored and transported in the natural gas grid, thus helping to recover and store renewable energy. 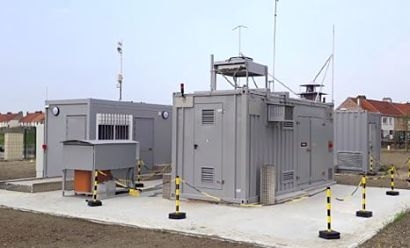 Mayor of Dunkirk and President of the Dunkirk Urban Community, Patrice Vergriete, along with Mayor of Capelle-la-Grande Léon Devloies, Chief Executive Officer of ENGIE Isabelle Kocher and Managing Director of ADEME Fabrice Boissier have inaugurated the first Power-to-Gas demonstrator in France in Cappelle-la-Grande (Nord department), in the presence of the partners involved in the project.

The GRHYD project was launched in 2014 and tests the injection of hydrogen into the region’s natural gas distribution grid. Once in the grid, it can then be used to meet residents needs for heating, domestic hot water and cooking. The initiative is aimed at reducing greenhouse gas emissions by 20 percent by 2020 and is part of the Hydrogen Plan launched by the French government launched on 1st June.

The project has received the support of the French state as part of the Future Investments Program run by ADEME (French Environment and Energy Management Agency) and is accredited by the Tenerrdis competitive industry cluster. Its inauguration marks the start of the demonstration with the injection of the first hydrogen molecules into the local natural gas grid, at a level of 6 percent to begin with (and up to a maximum of 20 percent), for supplying one hundred households in the ‘Petit Village’ district of Cappelle-la-Grande, along with the village health centre’s boiler. The aim of this two-year phase is to validate the technical and economic relevance of converting electricity into a new gas via a combination of hydrogen and natural gas.

Power-to-Gas is a solution for the future for transforming electricity from renewable energy into hydrogen gas. Once converted, this energy can be stored and transported in the natural gas grid. It has enormous potential - ADEME assesses the potential energy of hydrogen produced from electricity via Power-to-Gas in France by 2035 at around 30 TWh per year. The project will help to bring about the emergence of a new way of recovering and storing renewable energy.

The French Government’s hydrogen plan was launched on 1st June 2018 by the French Environment Minister, Nicolas Hulot. It is also important with regard to scaling up the French business sector. France benefits from cutting-edge industrial players right across technologies where the demonstrators are essential. The innovative aspect of the GRHYD project lies in the rates of incorporation for injecting hydrogen into gas distribution grids compared with those of other projects: hydrogen injection into gas grids is also being tested in Fos-sur-Mer and other European countries, such as in Germany and soon in the United Kingdom.