Monday, 06 June 2011
0
Javier Rico
130 exajoules (EJ) per annum for solar photovoltaic and solar thermal electric energy, 110 EJ for wind energy, 40 for hydro, 55 for geothermal and 300 for bioenergy. A closer look at the IPCC summary report on the potential of renewable energy shows that this latter source will remain the leader in primary renewable energy production in 2050. 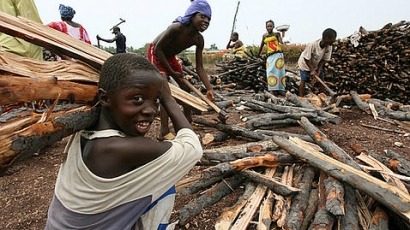 It is two weeks since the Intergovernmental Panel on Climate Change (IPCC) presented its special report on renewable energy and climate change mitigation in Abu Dhabi. One of the first points to come out of reading this report is that bioenergy accounted for almost 80% of the contribution of renewables to primary energy supply in 2008. The next point is that the majority of this contribution, approximately 60%, was from traditional biomass used for cooking and heating in developing countries, although a greater increase in the use of modern biomass was also highlighted.

10% of the 492 EJ of annual primary energy produced in the whole world is generated using biomass, biogas and biofuels. The report warns that this contribution is likely to diminish in the coming decades, although this will not stop bioenergy from continuing as the renewable energy leader, with an average of 150 EJ/year in 2050. Indeed, the IPCC reports even proposes a range of between 100 and 300 EJ, a ceiling that clearly exceeds that of the other five technologies discussed in the IPCC's work: solar photovoltaic and solar thermal electric, hydro, geothermal, wind and marine (tides, waves, currents).

Uncertainties about indirect changes in land use

The calculations shifting the contribution of bioenergy up and down also derive from the levels of atmospheric concentrations of carbon dioxide (different scenarios) and the extent to which this source can contribute to reducing these levels. In this regard, the report recognises that emissions of greenhouse gases (GHG) will decrease or increase depending on the method of production biofuels (for transport, electricity or heat). Of course, the report’s authors argue that according to the studies analysed, "indirect changes in terrestrial carbon stocks have considerable uncertainties, are not directly observable, are complex to model and difficult to attribute to a single cause".

The IPCC believes that the key to achieving an acceptable reduction of GHG (in some cases up to 90% compared to fossil fuels) lies in proper management of land use and choosing appropriate production systems. Finally, it says that although policies have been implemented to unlock the benefits of bioenergy such as rural development, improved agricultural management and the contribution to mitigating climate change, their efficacy has not been evaluated.