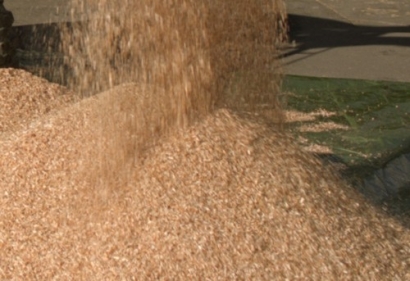 The research shows, in 2018, the number of biomass power plants (BMPPs) increased again by about 300 facilities. Today, there are about 3,800 BMPPs with an installed capacity of around 60 GWel.

Subsidies for renewable energies (RE) are the most important factor driving the BMPP market, especially in Europe. The markets in South and North America as well as in many Asian countries are rather stimulated by fuel availability; however, RE subsidies are an important factor for the development of new capacities in these countries as well.

Poland organized BMPP auctions for the first time in 2018, after the introduction had been awaited for many years. However, according to the report, these auctions showed very limited success – only one project was approved for subsidies. This is because few project developers participated, possibly due to a wait-and-see attitude by many investors.

In late 2018, Finland also introduced an auctioning system that could benefit electricity generation from biomass. Ireland passed an auctioning scheme, which should increase the establishment of renewable energies (including biomass) until 2025.

Outside of Europe, the number of countries cutting biomass subsidies increased for the first time in 2018. Thailand drastically reduced the feed-in tariff for biomass electricity and Japan lowered the subsidization for biomass projects with capacities of over 10 MWel and introduced a cap of 200 MWel per year for additional constructions.

Attractive subsidization terms remain in place in China and India, the countries with the strongest growth potentials. In 2018, India additionally introduced a nationwide support scheme for building biomass CHP plants (based on grants for the plant construction).

From a global perspective, biomass electricity subsidization continues to promote the market development for the construction of BMPPs.

Until 2027, the worldwide market for BMPPs is expected to remain on its dynamic development path.

“We expect the construction of about 1,900 additional biomass power plants with an installed capacity of around 25 GWel. About 50% of this growth will be realized in Asia, especially in the two lead markets China and India. Also, North and South America will remain attractive markets for electricity generation from solid biomass, and particularly their lead markets Brazil, Canada and the USA,” the report states. 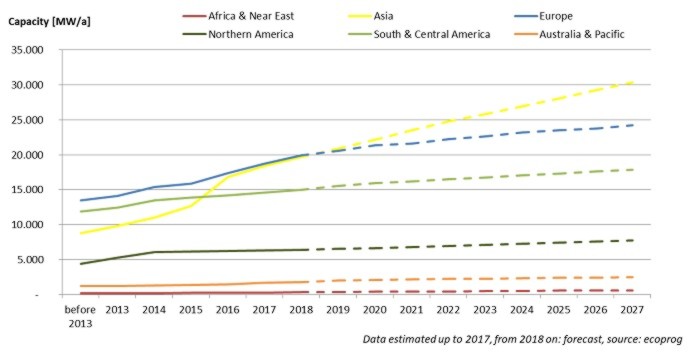