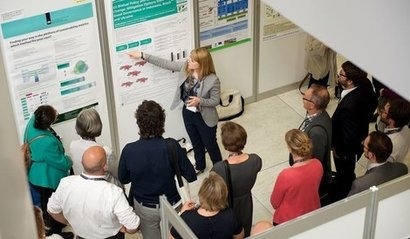 The 25th European Biomass Conference and Exhibition (EUBCE) will be co-chaired by Lena Ek (Sweden), President of Södra, and Henrik Ehrnrooth (Finland), Chairman of the Board of Pöyry, helping to ensure an optimum combination of Swedish and Finnish influences in the production and utilisation of biomass. The event takes place from the 12 to 15 June 2017 at Stockholmsmässan in Stockholm.

The Nordic countries have much to gain and to offer when it comes to boosting the potential of biomass. Lena Ek is the President of Södra Skogsägarna, an economic association with 50000 members that together own 36000 forest farms. Lena Ek will be the first woman to be co-chair of the EUBCE conference and is also Chairperson of the Board of the Forest-based Sector Technology Platform. She has for many years been a leading figure within the political scene in Sweden and Europe and is well respected by all political parties for her in-depth knowledge on the bioeconomy and on environmental and economic issues. Previous to her role as President at Södra Skogsägarna, she served as the Swedish Minister of the Environment and Energy while a member of the Swedish Parliament, representing the Centre Party. She has also been a member of the European Parliament, representing the Centre Party. Lena also serves as a Board Member at the Royal Institute of Technology (KTH). 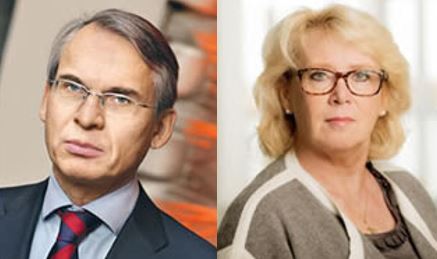 Swedish partners of the EUBCE are KSLA (The Royal Swedish Academy of Agriculture and Forestry) and SLU (Swedish University of Agricultural Sciences) in collaboration with the think-tank Global Challenge (Global Utmaning).

EUBCE is a major international conference for the biomass sector, combined with a technology exhibition. For more than 30 years, it has been serving as the annual meeting point for biomass experts from research, development and the industry. With presentations addressing the latest technologies, the policy framework, and the medium and long-term strategies and potentials, EUBCE acts as the interface between science, industry and policy makers.

The EUBCE programme has been established by its Scientific and Industry Committee comprising 140 international biomass experts. At 2016 EUBCE more than 3,700 authors and co-authors from 80 countries around the world were involved in preparing abstracts for contributions while 780 keynote, plenary, oral and visual presentations were held during the event. The EUBCE Conference programme is coordinated by the European Commission Joint Research Centre.