Friday, 05 December 2014
0
REM
Despite trends that suggest the peak for subsidisation of renewables has already passed, as many as 1,000 additional biomass power plants are expected to be built in Europe in the next 10 years, according to ecoprog, a German consultancy. 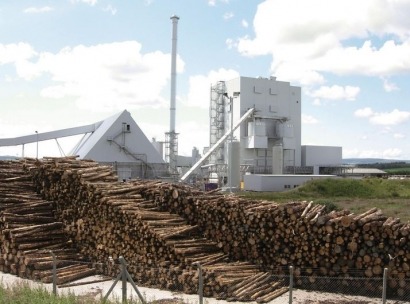 Electricity generation from solid biomass continues to increase throughout the world, according to ecoprog's new report, “Biomass to Power.”

In 2014 alone, ecoprog says, approximately 170 new power plants with electricity generation capacities of around 3.6 GWel will be constructed.

The subsidisation of renewable energies will remain the most important market factor for the development of electricity generation from biomass. Until early 2014, around 140 countries had introduced policies for such a subsidisation.

Most of them also had schemes for electricity generation from solid biomass at that time. Vietnam, for instance, introduced a feed-in tariff for biomass electricity some months ago. Around 40 countries throughout the world have such compensations.

Other countries have different support schemes. Columbia, for instance, has recently reduced the turnover tax on biomass electricity and Mexico has facilitated the access to the grid for this type of electricity.

Ecoprog says Europe will remain the largest market for electricity generation from solid biomass in the 10 years to come. In late 2013, Europe had around 1,200 active biomass power plants. This number will increase to approximately 1,750 by late 2023. The European market, however, is very fragmented and preconditions for investments differ significantly in the individual countries.

Whereas more plants than ever are being built in Great Britain and France, Spain, Latvia and the Czech Republic have reduced or even stopped their subsidisation systems. Germany still grants, by international comparison, high subsidies. The system, however, has lost most of its incentive effects as all favourable locations have been developed for years.

When considering the whole world, China, India, Brazil and the USA are the most important markets at present. Asia and South America currently have the most dynamic markets for biomass power plants. These regions have many yet undeveloped favourable locations, e.g. in the sugar, rice and wood industries. Low subsidies are enough to significantly increase the number of projects in countries such as Indonesia or the Philippines, even though they will not realise all their development plans in the years to come.

The market for electricity generation from biomass is organised regionally in many cases. Industries having a strong affinity for biomass (such as the paper or sugar industries) remain the most important clients, with the energy industry ranking second.

Many plant manufacturers also have a regional focus and there are only few global players. The regional strengths and weaknesses of the individual technology providers often reflect the respective design of the subsidisation schemes, for instance when it comes to plant sizes or fuels. Brazil, for example, has providers focusing on incinerating sugar cane. The support of small-scale plants in Austria has resulted in a larger number of plant manufacturers in this segment.

At present, the internationalising demand also leads to globalised competition. In light of a growing number of saturated markets on their own continent, pressure to internationalise business is especially strong for the European plant manufacturers, which have the largest share of the world market. More and more Chinese suppliers surge onto foreign markets as well.