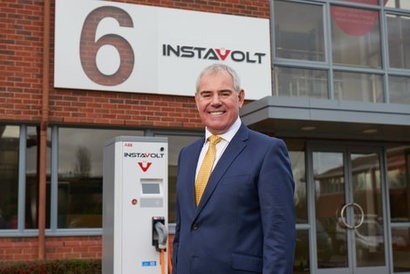 Eight rapid chargers will be installed in in Tiverton, Cullompton and Crediton during the first phase of the project, giving drivers the ability to charge their electric vehicles up to 80 per cent in just 30 minutes. Unlike many other charging points, which can only be used through a subscription, those installed by InstaVolt will be accessible to anyone on a pay-as-you-go basis.

The move is the latest in a series of measures being taken by the council to improve air quality and drive down carbon emissions in the area. Mid Devon District Council is leading the way in its green initiatives, using electricity and heating saving measures across several of its buildings as well as installing renewable technologies. A recent report has also shown the region achieved the highest increase in recycling rates in the entire county during 2015/16.

The rapid electric charging points will be installed and the surrounding areas and will be geared up for use by both domestic and commercial vehicles. They will be linked to popular electric vehicle website, zap-map.com, so they can be located by visitors to Mid Devon as well as locals.

“Mid Devon District Council is pioneering in its use of green technologies and we’re delighted to help them take this even further with the installation of rapid electric vehicle charging points” said Tim Payne, CEO of InstaVolt. “The use of electric vehicles is set to increase dramatically over the coming years and thanks to the council’s forward-thinking attitude, residents and visitors to Mid Devon can rest assured that they’ll be able to charge up quickly and easily if they adopt these eco-friendly vehicles.”

Councillor Ray Stanley, Cabinet Member for Housing at Mid Devon District Council, added that the council is committed to making Mid-Devon an even better place to live, work and visit and that the environment plays a big part in this. Creating the right infrastructure will help the council to embrace the use of EVs locally and improve air quality across the region.

Tags: Electric vehicle ,Electricity ,Recycling ,SAF ,Saving ,Carbón
Add a comment
Tom
Why can\'t you tell us the power rating of these chargers? In the future everything will be about power capability (i.e. speed of charging).
Subscribe!
wind