Friday, 18 July 2014
0
Robin Whitlock
Germany has come first in a new energy efficiency ranking of the world’s major economies conducted by US non-profit organisation the American Council for an Energy-Efficient Economy (ACEEE). 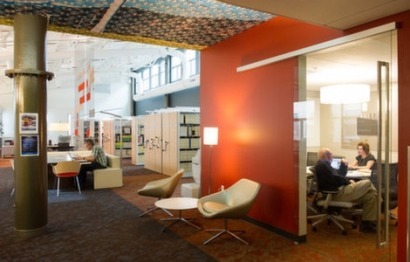 Germany was closely followed by Italy, the European Union as a whole, China and France while the US itself was placed 13th behind Australia, India and South Korea. The 2014 International Energy Efficiency Scorecard is in its second edition with four new nations: India, Mexico, South Korea and Spain.

The ACEEE report found that, whilesome countries are still significantly outperforming others, there are substantial opportunities for improved energy efficiency in all economies analyzed, including the U.S. The report stated that new carbon pollution standards for existing power plants proposed in June by the US Environmental Protection Agency (EPA) would significantly help to increase American energy efficiency and that the US could also benefit by implementing some of the dozens of international best practices followed by countries across the globe.

“Germany is a prime example of a nation that has made energy efficiency a top priority” said ACEEE Executive Director Steven Nadel. “The United States, long considered an innovative and competitive world leader, has progressed slowly and has made limited progress since our last report, even as Germany, Italy, China, and other nations surge ahead.”

Dr. Philipp Ackermann, Minister and Deputy Chief of Mission, Chargé d’Affaires, Embassy of the Federal Republic of Germany added that the country’s ranking at top place in the report is a validation of Germany’s efforts to transition towards a low-carbon and energy-efficient economy. Energy efficiency is the second pillar of Germany’s transformation of its energy system alongside the expansion of renewable energies.

“There’s really no excuse for the U.S. lagging behind other nations on energy efficiency” said U.S. Congressman Peter Welch (Vermont). “States like Vermont have demonstrated that energy efficiency saves money, reduces environmental impact, and creates jobs. And, in an environment of gridlock, there is bipartisan common ground on this issue in Congress. I hope the 2014 International Scorecard is a wakeup call that it’s time for America to step-up and lead on energy efficiency.”

The report described the inefficiency in the US economy as a “tremendous waste of energy resources and money.” America’s score of 42 is less than half of the possible points and 23 points away from the top spot. The US could rectify this by passing a national energy savings target, strengthening national model building energy codes, supporting education and training in the industrial sectors, and prioritizing energy efficiency in transportation spending, according to the report’s recommendations.