US wastes more power than Japan needs for entire economy

Wednesday, 25 January 2012
1
Toby Price
America is thinking too small when it comes to energy efficiency, while also making the mistake of “crowding out” economically beneficial investments in energy efficiency by focusing on riskier and more expensive bids to develop new energy sources, according to a major new report from the American Council for an Energy-Efficient Economy. The Council has also released findings of another study which reveals many underutilized water heating technologies exist that could provide significant energy and water savings. 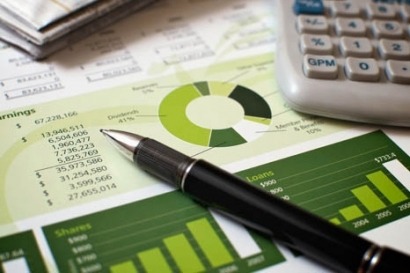 The American Council for an Energy-Efficient Economy (ACEEE) has been very clear in its latest report: “slashing energy use 60% could generate 2 million jobs and save the equivalent of $2,600 per household annually”.

The report entitled The Long-Term Energy Efficiency Potential: What the Evidence Suggests outlines three scenarios under which the US could either continue on its current path or cut energy consumption by the year 2050 almost 60 percent, add nearly two million net jobs in 2050, and save energy consumers as much as $400 billion per year (the equivalent of $2,600 per household annually).

According to ACEEE, the secret to major economic gains from energy efficiency is a more productive investment pattern of increased investments in energy efficiency, which would allow lower investments in power plants and other supply infrastructure, thereby substantially lowering overall energy expenditures on an economy-wide basis in the residential, commercial, industrial, transportation, and electric power sectors.

“The US would prosper more if investments in new energy were not crowding out needed investments in energy efficiency. The evidence suggests that without a greater emphasis on the more efficient use of energy resources, there may be as many as three jokers in the deck that will threaten the robustness of our nation’s future economy,” explains ACEEE Director of Economic and Social Analysis, John A. “Skip” Laitner. He added that these include the many uncertainties surrounding the availability of conventional and relatively inexpensive energy supplies, a slowing rate of energy productivity gains and therefore economic productivity, and a variety of potential climate constraints that may create further economic impacts of their own. “Given all of this, large-scale energy efficiency advances are by far the smartest investment for America,” Laitner concludes.

ACEEE Executive Director Steven Nadel continues: “Large-scale energy efficiency advances will require major investments. But the good news is that the investments will generate a significant return in the form of large energy bill savings. After paying for the program costs and making the necessary investments as we pay for them over time, the economy will benefit from a net energy bill savings that ranges from 12 to 16 trillion dollars cumulatively from 2012 through 2050. In other words, the energy efficiency scenarios outlined in our report will spur an annual net energy bill savings that might range up to about $2600 per household annually in constant 2009 dollars.

”US wastes more power than Japan needs for entire economy"

Examples of potential large-scale energy efficiency savings identified by ACEEE include the following:

Electric Power – The current system of generating and delivering electricity to US homes and businesses is an anaemic 31 percent energy efficient. That is, for every three units of coal or other fuel the US uses to generate the power, the nation manages to deliver less than one unit of electricity to homes and businesses. What the US wastes in the generation of electricity is more than Japan needs to power its entire economy. What is even more astonishing is that the US’s current level of (in)efficiency is essentially unchanged in the half century since 1960, when President Dwight D. Eisenhower spent his last year in the White House.

Transportation – The fuel economy of conventional petroleum-fuelled vehicles continues to grow while hybrid, electric, and fuel cell vehicles gain large shares, totalling nearly three-quarters of all new light-duty vehicles in 2050 in the report’s middle scenario. Aviation, rail, and shipping energy use declines substantially in this scenario through a combination of technological and operational improvements. In the most aggressive scenario, there is a shift toward more compact development patterns, and greater investment in alternative modes of travel and other measures that reduce both passenger and freight vehicle miles traveled. This scenario also phases out conventional light-duty gasoline vehicles entirely, increases hybrid and fuel cell penetration for heavy-duty vehicles, and reduces aviation energy use by 70 percent.

As the ACEEE report points out, the US already has achieved considerable advances in the energy efficiency context and is poised to do more: “The US economy has tripled in size since 1970 and three-quarters of the energy needed to fuel that growth came from an amazing variety of efficiency advances—not new energy supplies. Indeed, the overwhelming emphasis in current policy debates on finding new energy supplies is such that emphasis on new supplies may be crowding out investments and innovations that can help to achieve greater levels of energy productivity. Going forward, the current economic recovery, and our future economic prosperity, will depend more on new energy efficiency behaviours and investments than we’ve seen in the last 40 years.”

In another recent ACEEE study of emerging technologies in the water heating sector, it found that there are many underutilized technologies that could provide significant energy and water savings. This finding led the Council to ask, “What efforts are being made to hasten market adoption of these promising technologies?”

Utility incentive programs have long served a pivotal role in market transformation efforts for high efficiency appliances. Not only do the financial incentives help homeowners justify investing in better equipment, utilities also help advertise the availability of high efficiency equipment, and the endorsement of the utility company offers consumers reassurance about the equipment’s performance. Coupled with high efficiency labelling programs, such as ENERGY STAR, utility-sponsored programs help to assure consumers that they are making smart, cost-effective decisions. What we found in our evaluation, however, is that for high-use customers, higher efficiency water heaters, such as condensing gas water heaters, are more cost-effective than some of the products frequently featured in the programs (e.g., 0.67 EF ENERGY STAR-qualified gas storage water heaters). This is true despite higher equipment costs. It will be very important for consumers to understand the cost effectiveness of emerging technologies in order to increase market penetration of these products and bring down costs.

ACEE found that incentives for products that are only marginally better than minimum standards, such as 0.62 EF gas storage and 0.94 EF electric storage water heaters, virtually eliminate incremental costs, and could steer consumers away from purchasing higher efficiency products. These lower efficiency models offer savings of only about 5% compared to condensing gas and heat pump water heaters, with savings in the range of 40-50%. Directing consumers to lower efficiency products constitutes a big lost opportunity for energy savings, as water heaters typically last about 13 years.

While some utility programs may retard market transformation, we found several programs offering incentives for heat pump and condensing gas water heaters, in addition to equipment to improve distribution system performance, such as drain water heat recovery devices. While in the minority, these programs recognize the large energy-saving potential of high efficiency equipment and offer large incentives, ranging from about $200-500, to encourage consumers to invest in efficient equipment. Considering that the emerging technologies we evaluated hold less than 2% market share, these programs serve as a valuable step toward increasing awareness and sales. We’re happy to see these utility-sponsored programs leading the way with incentives for emerging technologies and hope to see more utilities follow suit in the near future.