Wednesday, 16 October 2013
1
Robin Whitlock
The slowdown must be reversed if future progress is to be made on a stable, sustainable basis, warns WEC Secretary General 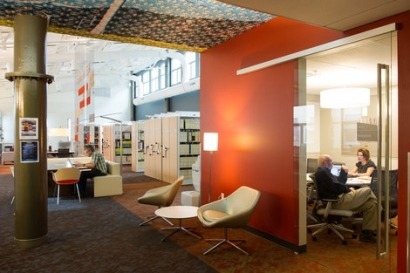 The latest energy efficiency study by the World Energy Council has revealed a global slowdown in energy efficiency improvements. The report, entitled “World Energy Perspective: Energy Efficiency Policies” was produced in collaboration with the French energy and environment agency ADEME. It shows that more and more countries are implementing energy efficiency policies but also highlights numerous factors that affected progress in doing so. The report covers 85 countries thereby representing more than 90 percent of global consumption.

“Our latest study shows the increased extent that most governments are concerned about energy efficiency” said François Moisan, the Executive Director of ADEME and Chair of the report. “About 80% of the countries surveyed have quantitative efficiency targets, while six years ago only 40% had such targets. Labels and standards for energy efficiency appliances are implemented in all OECD countries and in 90% of Asian countries. Regulations on energy-consuming equipment and buildings remain the most common measures deployed. The progress in energy efficiency over the past 20 years equated to one-third of global primary energy consumption in 2011.”

Christoph Frei, the Secretary General of the World Energy Council, added that the slowdown must be reversed if future progress is to be made on a stable, sustainable basis.

“Energy demand continues to grow, albeit largely against a slowing trajectory” Mr Frei commented. “However, the rate of decline in energy intensity has reduced at a much sharper rate. While an uncertain investment outlook, created by the global economic crisis, explains a degree of this decline, more worrying is the growth in certain uses of energy such as household electricity and road transport. This problem is compounded by continually rising energy demand, driven by non-OECD growth where energy intensity is higher than in most OECD countries.”

Most countries have significantly reduced their total energy use per unit of GDP over the last three decades the study has found. This is largely due to more efficient key-end uses such as vehicles, appliances, space heating and industrial processes. New standards, educational campaigns and regulatory requirements have helped to move efficiency development forward and have contributed to improved energy efficiency in OECD nations while technology development, response to rising energy prices, and growing competition in industries, have also forced companies to cut energy costs. Western Europe currently boasts the lowest energy intensity, while the Commonwealth of Independent States (CIS) has the highest of the large consumer regions, using more than three times more energy per unit of GDP than Europe.

The WEC’s “World Energy Scenarios: Composing energy futures to 2050” report finds that global energy demand will grow by one-third between 2010 and 2035 with 90 percent of that growth occurring outside the OECD community. China and India account for half of that growth with China alone accounting for a third although China’s per capita energy consumption in 2035 will still be less than half that of the United States or Australia.

“While it is important to recognise where progress has been made, it is also crucial to know when the pace of change falls away, and why” added Christoph Frei. “Development action on new policies and strategies has never been more urgent. Every region in the world, OECD and others, have a part to play and we look forward to engaging in the discussion about how to implement these new processes on a long-term, sustainable basis during the World Energy Congress.”

The energy efficiency report recommends nine core policy proposals that will help to embed efficiency within the future development agenda: