Tuesday, 07 June 2016
0
Dan McCue
Geothermal Energy Association in the US has the announced winners of its annual honors and will present the awards Tuesday at an awards ceremony in Reno, Nevada. 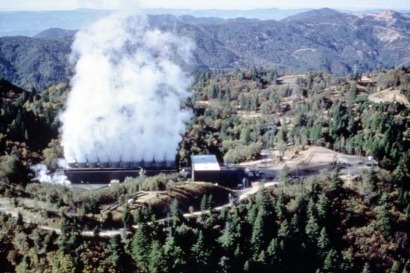 The ceremony is a focal point of the organization's Baseload Renewable Energy Summit.

The winners were selected in categories including Technological Advancement, Economic Development and Environmental Stewardship.

This year’s award winners are:

The University of North Dakota/U.S. Department of Energy for launching the first commercial project co-producing geothermal power from an oil and gas well. The facility started generating electricity for the first time in late April. The U.S. Department of Energy estimates that “25 billion barrels of hot water are produced annually from oil and gas wells in the United States.”

BHE Renewables, who owns and operates 10 geothermal generation facilities at the Salton Sea Known Geothermal Resource Area in California’s Imperial Valley. BHE Renewables developed an innovative contract structure that supports long-term investment that will keep their plants operating. This provides assurances that the 224 jobs that operate and maintain BHE Renewables’s 10 existing geothermal plants, and the many more jobs in the community that they support, will be retained and the tax revenue streams that they provide will continue for another 20 years. BHE Renewables is the largest tax provider in Imperial County, creating a revenue stream that benefits the local schools, fire and police protection, and infrastructure to the residences and communities of Imperial County.

Awarded to Enel Green Power North America, Inc.’s Stillwater Hybrid project in Churchill County, Nevada. This is the first renewable energy plant in the world to combine the continuous generating capacity of medium enthalpy, binary cycle geothermal power (33.1 MW) with solar photovoltaic (26.4 MW) and solar thermal (2MW). The combination of these technologies creates less environmental footprint per unit of renewable energy produced and delivered. The hybrid solution improves plant efficiency and captures a greater portion of the renewable resource than would be possible with individual clean energy technologies alone. The combination of the three technologies allowed the Stillwater plant to cut CO2 emissions by about 140,000 metric tons/year, and provided enough power to meet the energy needs of 15,000 U.S. households.

Jay Nathwani of the US Department of Energy for lifetime achievement.

The Peppermill Resort and Casino for being the only resort in the United States whose heating source is totally provided from geothermal energy produced on the immediate property.

The National Renewable Energy Laboratory team including Anna Wall, Annika Eberla, and Garvin Heath and the World Bank’s Energy Sector Management Assistance Program (ESMAP) for their past and ongoing efforts to understand the carbon emissions from geothermal resources and different power facilities