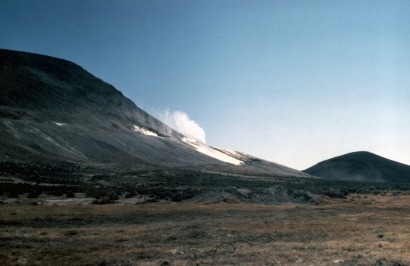 The Institute of Mechanical Engineers (IME) has called on the UK government to reassess its approach to geothermal energy in order to fully exploit its potential benefits. A new policy statement advises that geothermal is an energy source that could one day heat and power large areas of the UK thereby providing reliable, baseload, low-carbon energy while also contributing to the UK’s climate change mitigation targets.

Geothermal energy is stored as heat within rock strata or in underground aquifers. Depending on how high the temperatures are it can be used as a direct heating source and in some cases also as a means of generating electricity. The IME policy statement identifies several areas in the UK which could have the natural resources available to benefit the country, including Cheshire, East Yorkshire, Worcestershire, Wessex, Cornwall, East Grampians and Northern Ireland.

“We know that both national and international geothermal energy sources could benefit the UK, but currently the exploration risks and electricity market regime mean that they are not attractive enough for commercial investigation” said Dr Tim Fox, Head of Energy and Environment at the Institution of Mechanical Engineers. “Despite a clear potential for geothermal in the UK, both in heat and power, the support regime here is uncompetitive compared with other European countries. The UK Government provides just half the level of support for geothermal energy seen in Germany, where an industry that employed 6,000 people and attracted €4 billion in investment was developed.”

Dr Fox added that the UK needs to catch up and use its world-renowned drilling and geoscience expertise to exploit the potential of geothermal source. This would help to secure energy supplies while providing the country with inward investment and jobs.

The policy statement also supports the idea of importing geothermal energy from Iceland in the short-term. This could potentially become a relatively low-cost way of diversifying the UK’s energy supplies to low-carbon sources. The IME is therefore urging the government to make UK deep geological data available more widely and more easily accessible to non-geologists. It could achieve this by producing heat potential maps similar to those already produced by the Department of Energy and Climate Change (DECC) for Combined Heat & Power (CHP). The government could also introduce licensing for geothermal heat resources and exploration risk mitigation for geothermal heat wells. It could secure an international treaty and structure a financially viable power purchase agreement in order to enable delivery of 1GW geothermal generation from Iceland via High Voltage Direct Current (HVDC) interconnector.

Global capacity for geothermal energy currently stands at 11GW with the largest capacity in the USA, Philippines, Indonesia, Mexico and Italy. Experts believe that growth in interest in geothermal could expand generation to 200GW by 2050.