Thursday, 09 June 2022
0
REM
The U.S. Department of Energy has released a Notice of Intent (NOI) to fund the Bipartisan Infrastructure Law’s $8 billion program to develop regional clean hydrogen hubs (H2Hubs) across America. H2Hubs will create networks of hydrogen producers, consumers, and local connective infrastructure to accelerate the use of hydrogen as a clean energy carrier. 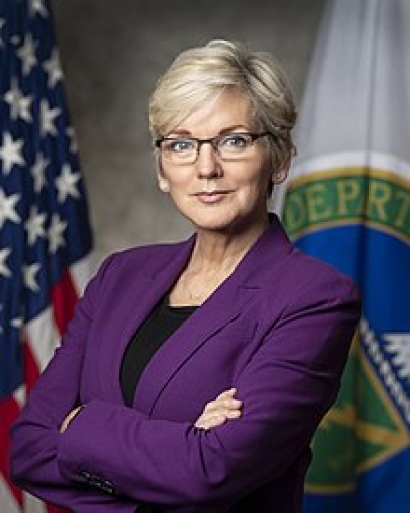 “Hydrogen energy has the power to slash emissions from multiple carbon-intensive sectors and open a world of economic opportunity to clean energy businesses and workers across the country,” said U.S. Secretary of Energy Jennifer M. Granholm. “These hydrogen hubs will make significant progress towards President Biden’s vision for a resilient grid that is powered by clean energy and built by American workers.”

The hydrogen technology investments from the Bipartisan Infrastructure Law are a major component of President Biden’s plan to decarbonize the industrial sector, which accounts for a third of domestic carbon emissions.

Hydrogen energy has the potential to decarbonize multiple economic sectors, including heavy-duty transportation and steel manufacturing, create good paying jobs, and pave the way towards a grid powered by clean energy resources.

Today, the U.S. produces about 10 million metric tons of hydrogen annually, compared to approximately 90 million tonnes produced per year globally. While most of the hydrogen produced in the U.S. comes from natural gas through steam methane reforming, electrolysis technology – which uses electricity to produce hydrogen from water – is an emerging pathway with dozens of installations across the country. This technology could produce hydrogen using clean electricity from renewable energy including solar, wind and from nuclear power.

The selection of the regional H2Hubs will utilize cross-office collaboration and consider factors such as environmental justice, community engagement, consent-based siting, equity, and workforce development.

DOE will select proposals that prioritize employment opportunities and address hydrogen feedstocks, end uses, and geographic diversity. The NOI provides a high-level draft plan for DOE’s current vision to meet the BIL requirements for the H2Hubs, which will be supported by DOE’s Office of Clean Energy Demonstrations and Hydrogen and Fuel Cell Technologies Office.

The Bipartisan Infrastructure Law’s H2Hubs will support DOE’s ongoing initiative designed to bring together stakeholders to help drive down the cost of advance hydrogen production, transport, storage, and utilization across multiple sectors in the economy. In 2021, DOE also launched the Hydrogen Shot to cut the cost of clean hydrogen to $1 per 1 kilogram of clean hydrogen in 1 decade (“1 1 1”).