Aiming for operational excellence: An interview with David Swindin of Cubico Sustainable Investments 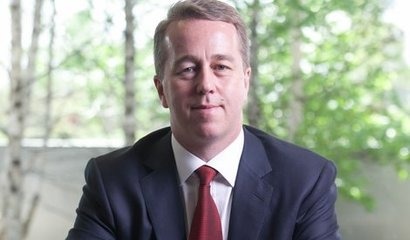 As mentioned previously in Renewable Energy Magazine, Cubico Sustainable Investments has acquired a portfolio of 18 Italian PV plants (109 MW) from Silver Ridge Power Italia, a Joint Venture between Riverstone and SunEdison. Cubico employs a unique business model where they invest in and then manage renewable assets for the long-term – typically 30-35 years. Cubico is backed by two leading Canadian pension funds and has very ambitious plans, aiming to expand rapidly and become one of the world’s leading renewable energy companies in terms of operational excellence.

REM talked to David Swindin, Head of EMEA at Cubico, to find out more about the company and its vision for the future.

Can you tell me about the company and what it does?

Cubico was formed in early 2015, essentially as a spinout from Banco Santander’s private equity arm which had been investing in renewable energy transactions for many years. Historically, Banco Santander would typically invest in construction assets and then sell the plants once they became operational. Santander brought in outside investors into that business, two of Canada’s largest pension funds, resulting in each investor owning a third of the business. At the end of 2016 Santander sold its participation to the pension funds, both having now a 50:50 ownership.

Cubico’s business model is now to act as a long-term holder of renewable assets. In essence, we are now a large, purely renewable energy company - Cubico is not a fund. We are an operator of assets and so have spent the last year building out our on the ground operation and management team. We now have 2.4 GW of assets that are either in operation, under construction or in late stage development. We are invested in eight countries around the world, Italy being one of them, hence the latest acquisition. The plan is to more than double in size over the next 3-5 years.

We’ve had a business in Italy for a number of years, with a team in Milan. They have been developing wind assets, although in the past they have also developed solar assets. At the moment, we have one operating wind farm in Italy, with two more due to be operational later this year.

The opportunity came up last year to acquire this particular solar portfolio. There was a process run by the owners, Riverstone, and we were successful and were awarded the assets around Christmas time. The portfolio had previously been in a JV between Sun Edison and Riverstone. The bankruptcy of Sun Edison meant that it came to the market. Riverstone were exiting the business as a whole and so sold it to us. It’s a portfolio of roughly 18 PV plants. They are all operational, spread throughout Italy, and range in size from 1 MW to the largest, 43 MW. There’s a real mixture of locations within Italy too. As we bought the assets only, we have been hiring people to take over the asset management.

What other countries around the world are you active in?

In Europe we are active in the UK, Ireland, Spain and Portugal, in addition to Italy, and are now looking into France. In the Americas we are active in Brazil, Mexico and Uruguay. We have also just opened an office in the US as well.

What range of clean energy technologies are you interested in generally?

The basis of the portfolio is roughly 75 percent onshore wind, 25 percent solar at the moment, although CSP is something we’re interested in.

How would you describe the state of the global clean energy market at the moment?

I think it’s a market in transition, as we move from subsidies to subsidy-free. That’s a very healthy thing I think in many ways because we all want an industry that is going to operate and stand on its own two feet. It’s an exciting time, although it varies from country to country regarding that transition. For example, in the UK, we’re not seeing that much going on currently while we are very active in Mexico having won transactions in the recent auctions. We’re seeing auctions happening in Spain and a number of other countries as well. So it’s a slightly mixed picture I think but overall a healthy one with momentum.

Which markets around the world are the most promising in your view?

We are seeing opportunities to consolidate in a number of markets in Europe. For example, in Italy and Spain the markets are very fragmented and there are a number of owners of operating assets that we think will want to sell. In terms of new investment, we’re seeing good opportunities in the US and in Mexico we’re building 550 MW of new plants at the moment, so a very substantial investment there. We’re also looking further afield, such as Australia. It will vary from market to market.

There seems to be even more politics around at the moment, does any of that worry you?

I think it’s something that the industry has always had to deal with to be honest. In many ways, this is why it is helpful to move to a subsidy-free world, because there should be less politics involved and you’ll be able to see it all in purely commercial terms. It varies from country to country. Stability of legislation is always something we look for when we’re investing. I don’t think there is any more political interference than there always has been but I expect it to lessen over the years.

What are your plans for the future, say over the next 5-10 years?

When the two Canadian pension funds bought the business they had a big commitment to expansion, so we’ve already invested heavily over the last two and a half years. We plan to carry on expanding to become a truly world-class energy company. If we expand at the rate that we expect, we will likely be one of the largest purely renewable energy companies in the world. That’s really the mission and we intend to do it in a way that is sustainable with a focus on operational excellence.