An Indian Office for OST: An interview with Bihag Mehta of OST Energy 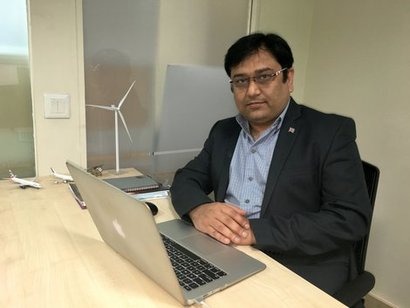 Technical advisor for wind, solar and storage initiatives, OST Energy, recently announced it had opened an office in New Delhi, India, to support its work in the Indian renewable development market. Solar energy in particular has been identified as a leading technology in the ongoing programme of bringing power to 300 million people across India who do not currently have access to electricity. This will also enable the country to meet a number of its ambitious clean energy targets. Consequently, OST has hired a new country manager, Bihag Mehta, to lead its operations in India, supporting the country’s attempts to increase its solar deployment and bolstering technical advisory and due diligence services to cater for demand in the region.

REM talked to Bihag Mehta to find out more.

Tell me about OST Energy and what it does

OST Energy is a global engineering consultancy, specialising in providing investment support and technical advisory services for all stages of renewable energy projects. In practice, that means that we work with investors, lenders, IPPs and developers in the space to conduct early due diligence and assessment work, assist with project development and ultimately manage assets once they’re operational.

We have our roots in the UK market and our first office opened in Brighton in 2008, but over the past few years it’s fair to say that we have developed a global footprint – with offices in Italy, France, South Africa, Australia, the USA and now India. Recently we became part of Edif ERA, a larger global engineering and consultancy group supporting a wide range of industries.

What will be the main function of the company’s Indian office?

The Indian office has been opened to support our activities, not just in India, but also in the wider Asian market, where we’ve increasingly seen demand for technical expertise to support new solar and wind construction.

Opening a New Delhi location has allowed us to formalise our presence in the region and gives us a base from which to carry out a full range of technical advisory services, from early-stage feasibility and yield studies to full technical due diligence and construction supervision roles for investors and developers.

How is renewable energy development in India progressing at the moment?

Currently, wind power accounts for the vast majority of installed renewable energy capacity in India, with around 25GW deployed. India has been building wind projects for a couple of decades now and is one of the largest markets for wind worldwide – however it still caters for a very small proportion of total energy demand. Many of the early sites are sub-1MW and privately owned.

Uptake of solar and other renewables has been slower, and is a more recent development. Hydro and biomass both contribute to the Indian energy mix, in a small way.

Currently the number of large-scale solar sites is limited, with many sites off-grid (where many sub-stations and evacuation lines currently need to be built), and total installed capacity is just under 5GW. However PV has been earmarked as a key technology alongside wind as India looks to integrate an unprecedented volume of clean energy before 2022.

Why did PM Modi identify solar as the best technology to deploy in India and how does India intend going about this?

It’s widely acknowledged that India has a great solar resource, and also high availability of unoccupied land for solar installations. However, ultimately, I’d say it comes down to the cost and speed of installation.

As panel and installation costs have fallen, solar PV has become more and more competitive with other renewables and even conventional energy forms. PV is also becoming an increasingly established technology, which means that the risk profile is lower and it is an attractive prospect for international and domestic investors – which will be crucial if India is to meet its targets.

What’s more, growing technical expertise means that it’s now quicker than ever to fit and bring a solar park online – and speed is another key consideration for a market looking to install 100GW in the space of six years!

This ambitious target has been set by the federal government, which is a positive move in light of the recent Paris agreement on Climate Change. However, in order to achieve it, the sector as a whole needs to attract and maintain the interest of international investors. Developers will need to stick rigidly to construction timelines – and significant investment will be required on a national and state level to upgrade India’s transmission infrastructure.

Currently the grid network is far from ready to accept this volume of distributed renewables capacity and utilities, state governments and grid operators will have their work cut out to match the rate of new installations. Unfortunately, the States that offer favourable tariffs and PPAs aren’t always the States with the strongest grid.

What are the main goals for the future development of RE in India?

Given the magnitude of the targets set by Modi – 100 GW of solar and 75 GW of wind by 2022 – it’s hard to look past the next six years. However, everybody involved in the market will be keen that this period of rapid growth becomes part of a longer-term, sustained transition towards low carbon energy sources in India.

What is the plan for deployment of other RE technologies besides solar?

Biomass is the most realistic third contender for a share of India’s clean energy mix – although the recent targets don’t make explicit reference to how deployment might increase over the coming years.

Offshore wind is another technology that is on the horizon, with the first potential project in the early planning stages and a favourable national offshore wind energy policy now in place. However, progress is slow, and will be decided by the attitudes of state governments. After all, offshore wind is a more expensive alternative to solar and onshore wind.

How important will the role of technical advisors such as OST be in supporting these goals?

India is working to an accelerated development timeline that is going to place major strain both on the domestic renewable energy industry and those responsible for upgrading transmission infrastructure.

Looking at markets such as China and Brazil, nations that have installed renewable energy capacity on a similar scale and in an equivalent timeframe, there have been considerable challenges connecting projects to the grid upon completion – leading to costly export curtailments and delays as projects sit idle.

For the Indian market, it’s essential that the sector learns from the experience of players working in these markets. Despite the rush to construct new wind and solar, it’s absolutely vital that developers, investors and state governments take the time to conduct proper technical due diligence to reduce risk and guarantee the long-term performance and viability of these early projects.

That’s where the support of engineering consultants and technical advisors comes in. OST has international expertise helping bring projects to fruition on time and on budget and helps project stakeholders to make informed early decisions that have a bearing on the long-term success of a project.

This ultimately helps to boost investor confidence and should encourage the international finance community to get involved in the hugely promising Indian renewables sector.

Bihag Mehta has been heavily involved in renewable energy projects across the globe. He has over 12 years of experience in the sector and has been associated with the deployment of 29,860 MW of Wind Energy (both onshore and offshore) and 3,650 MW of solar PV plants. He has also been a regular speaker at various international conferences and has published 38 research papers mainly on topics like CFD Analysis, Aerodynamic Designing, Wind Turbine Blade Designing, Wind Energy and Solar PV.

OST Energy is an award-winning technical consultancy specialising in advice on commercial and technical risk for solar, wind, biomass and renewable heat projects. It was originally established by Oliver Soper and Simon Turner in Brighton in 2008 and provides environmental services all over the world, employing over 100 renewable energy experts in London, Brighton, Paris, Milan, Cape Town, New Delhi, Sydney and Detroit.