Bright Times Ahead: An interview with Chad Sachs, CEO of Radian Generation LLC

Tuesday, 10 February 2015
0
Robin Whitlock
Radian Generation LLC is a premier provider of ongoing solar asset management and advisory services based in San Francisco. It was founded by solar industry veterans with decades of collective PV industry experience and today offers a comprehensive suite of solar asset management services to the residential, commercial, industrial and utility markets in North America. Recently, it announced that since the first quarter (Q1) it has tripled its portfolio of solar assets under management, growing its portfolio by 300 percent over the last 12 months with over 150 MW of projects located across the US and Canada. Renewable Energy Magazine talked to Chad Sachs, Radian Generation’s CEO, to find out more about the company, what it does and where it is heading in terms of its future development strategy. 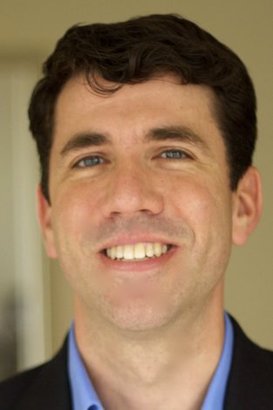 What is solar asset management?

So at a high level it is all about making sure the installed technology performs as it should both financially and technically, producing what it is supposed to be producing. It can be divided into three concerns, which are making sure the technology is producing what it is supposed to; taking care of the contractual arrangements so that the contractual arrangements are fulfilled, which is a critical aspect and finally ensuring that the financial aspects are taken care of and are performing and are being optimised.

At a higher level, people are very focused on building new projects. Someone has to make sure they are performing and work well. We believe asset management has to have greater emphasis. There is often a great rush to get these things installed and so they are often built very quickly in order to take advantage of the available incentives. This in turn means that the long term issues are often not considered as much as they should be.

Installations should be performing at or above the expected level. Mostly they are built very well but we are also very definitely seeing some challenges, for example, delamination and soiling effects. Engineers sometimes forget about local soiling effects such as sediment from harvest and underestimate the impact of that.

So this means that the attention to these issues needs to grow and it needs a service industry to take care of that. This is particularly true of commercial and industrial scale installations of say 500 kW to 5 MW or above.

Another issue is that some of the equipment manufacturers selling projects today are not going to be around, due to bankruptcies and so on, and so someone needs to step in to take care of the warranties.

Tell me about the company

Radian was set up in 2013. The founders all came from a development background and felt that taking care of operating projects was under-emphasised. Very often a low level of capital was allocated for this. The company took on the task of helping developers run the assets or long term owners run the assets. Given that we are not distracted by development and focused on operating assets, we have taken the time to invest in a strong team and the right IT infrastructure to really manage plants well.

We have a portfolio of over 150 MW, largely in Canada and the US, but we are also interested in expanding to Europe.

What is going on in the US solar market at the moment?

The US solar market is very buoyant at the moment and that is because the tax credit (Investment Tax Credit – ITC) expires at the end of 2016 so people are rushing to get projects built. Secondly, a lot of the solar boom started in 2010 so there is almost a 5 year installation base which is really maturing now, to the extent that it is starting to develop a secondary market. In the US, there are limitations on how soon an investor that utilises the investment tax credit can sell their position. Typically, there is a five year recapture period whereby if you sell before five years of operations, the investor can lose some of the tax benefits they received earlier.

Costs are coming down and that means, in general there is less need to rely on incentives which means that solar can be competitive. Additionally, as projects mature, O&M services are being re-evaluated. When first built, projects often have the EPC take on the O&M services. As the projects mature, the EPC’s role is diminished and there is new emphasis on placing a more cost effective service provider that wasn’t tied in with the original installation.

What projects does your portfolio cover?

Our portfolio is distributed across commercial, industrial and utility scale sectors with about a half in Canada and a half in the US, mainly in the 10 MW to 30 MW range with some Distributed Generation (DG). To clarify, that is talking in terms of megawatts. About 50 percent of the MW are in Canada, but projects in the country are larger than many projects in the US, therefore in terms of sites, about 15 percent of our sites are in Canada with the remainder in the US.

How does the finance side all work?

Dealing with tax and finance issues can be complicated and there are certain obligations that come with that, particularly when it comes to incentives. There is a need to satisfy the requirement of tax advantaged investors and senior lenders. The government also often wants to make sure it’s getting maximum efficiency for its money and that means government incentive reporting.

As the technology has developed, how have the maintenance challenges of projects changed/increased?

As the projects mature, the likelihood of corrective maintenance increases. The US also has a lot of systems that incorporate tracking systems. I am not sure that’s so prevalent in the UK because of the level of solar irradiation, but in the US a lot of tracking systems in turn means more moving parts. The recent pressures to make more cost effective modules also raises questions, particularly from some foreign manufacturers, on the long term viability of some panels.

Has the outsourcing of solar asset management become a standard practice and if so to what degree?

Outsourcing isn’t standard practice yet, but it depends on the geography, on what owners want and what is most efficient. What we’re seeing is that most owners are asking cost questions and additionally we would argue we are able to learn best practice and pass that knowledge on to our customers. A lot of people want to keep it in-house at the moment but very often one person can’t keep control of those three pillars I mentioned earlier – financial, technical and contractual, hence the need to outsource. Most of it at present though is still in-house.

What are your plans for the future?

We are trying to provide a competitive and comprehensive service and grow our portfolio. We are also trying to develop best practice and help improve efficiency. We want to move on to other technologies besides solar ultimately. For example, with wind turbines the challenges are in some ways similar and often our customers are involved in some of those other technologies as well.