Energy for Rural India: An Interview with Dr Mark Walker of Sheffield University 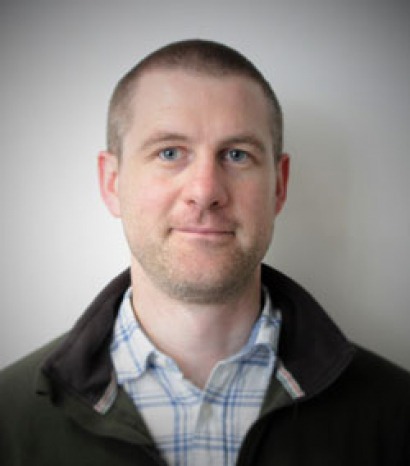 One of the UK’s largest energy research institutes based at the University of Sheffield, has been working on an interesting energy project in India, regarding the question of how isolated villages in rural areas currently without access to energy sources can generate their own electricity. The Energy2050 initiative focuses on energy innovation and knowledge exchange and brings together more than 120 academics, and 250 PhD students. Dr Mark Walker, an expert in the area of biogas and anaerobic digestion, has been working on a project in India to supply biogas to a rural village. REM talked to Dr Walker to find out more about it.

What is the current situation in India with regard to energy?

Intermittent or unreliable electrical supplies, and so this is a big problem. In a country like India, in the major population centres, or in the semi-urban areas, there will be a national grid similar to what we have here in the UK. When you get to the rural areas, the population is highly distributed, it’s spread out. People are spread out over huge distances and there is no reliable electricity grid.

People’s basic access to energy is fuel for cooking, which usually means firewood or dried dung. That is their only access in the areas we would target.

So this project is looking at one possible solution in those cases, where we install a very small-scale power system or power plant, in this case based on renewables, just to supply the electricity demand of the local community. The local community then takes over responsibility for the operation and maintenance of its own electricity generating system.

That’s the premise of the project, but it’s a big collaborative project between several UK universities and several Indian universities. Part of the project has been to conduct a practical demonstration of the technology and research that we’ve been doing here and at their universities and that’s what we’ve done in west Bengal. We’ve installed a system based around photovoltaics and biogas to actually generate electricity for a village of 45 households, technically two villages, a school and a medical centre.

The project is very much a prototype. There are still a lot of challenges left before a large-scale roll out of the technology. If it can be rolled out, there are benefits in terms of electricity access and biogas access, with biogas also being able to displace some of those solid fuels used for cooking, which cause indoor air pollution. There are additional benefits such as reduced deforestation and the digester can become part of the sustainable agricultural processes that are going on, rather than drying and burning dung.

How does the PV work with the anaerobic digester?

The project looks to develop energy systems that uses the resources that are available, usually with no cost. In the project target area, the resources that are available to people in terms of renewable energy are sunlight and biomass, a huge resource of biomass and it’s a very sunny place. The solar system is a regular system that you can see here in the UK on people’s roofs, so that’s fairly established technology. Then there’s the biogas, an anaerobic digester which converts locally available biomass from various sources. Bacteria acts upon and degrades that biomass to produce biogas. We then take the biogas, which contains heat, a little bit similar to natural gas – we can burn it in a small generator to produce electricity. So, there are two systems that can produce electricity.

Part of the project is looking at how you integrate those and how you control them to ensure that you are continuously supplying electricity to the village depending on the demand for electricity. So there’s an integrated controller on the pipe that looks at the demand, or what the village is currently using. It then follows a decision hierarchy from there. So first it asks whether the demand can be met with solar. If the answer is no, it looks at whether there is biogas available to start the generator and then supplies electricity from the generator. If there is no biogas available, it then goes to a third level and asks whether there is any stored electricity left. So there are the two main components but also a third factor which is the storage based on batteries. That’s the basic control philosophy.

So the system is structured such that there is continuous uninterrupted supply of electricity. If there is excess electricity, it will store that in the batteries.

When you look at the design of these systems, there are two major constraints. One is that you don’t want a situation where you can’t supply electricity, can’t meet demand, and the other is you don’t want to waste electricity either.

What kind of feedstocks are you using to feed the digester?

An early part of the project was looking at exactly that. The first one that was identified, and this is one of the fundamental parts of the project, was that in these parts of the world are huge amounts of aquatic weed which are basically invasive species. They live in the ponds and the waterways, things like water hyacinth and salvinia. Local people are already paid to remove this stuff from the waterways, because it’s a nuisance. So there’s a huge amount of biomass available from that source. Second to that is looking at locally-generated food waste, from households or markets. In the site where we are working, there is also commercial kitchens that are quite close to the university, so that’s an additional source of food waste that might not be available in other parts of India. We also look at aquatic cow dung, which is fairly ubiquitous across India. The cow dung is always being collected. Sometimes it’s used for organic fertiliser, sometimes it’s dried and burned.

Is there a plan to implement this system elsewhere in other villages?

We’re a research institute, the University of Sheffield, funded by government, the EU and other sources of funding, and that is limited so it all depends a little bit on what the funders fund us to do. However, we do have a plan to take things forward, especially on the technical side. We’ve identified various improvements. We’d like to create a ‘Mark 2’ version of this and we are also looking at projects that will enable us to have a larger scale implementation element, looking at potential electrification of several villages with different renewable resource profiles, so we don’t want to make this project too specific to one particular area of India. We would like to look at some more distinct areas in terms of climate and, especially, in terms of resource availability.

We’re also talking to some industrial partners who are interested in working with us for the more scaled rollout.

Are there any plans to take this to other countries outside of India?

Yes. The research itself is not geographically specific as the work we’ve been doing has taken a more general outlook. The confines of the project would be to look at this idea of rural electrification in the developing world. So we’re talking huge parts of eastern Asia, sub-Saharan Africa, some parts of South America, areas where there is a similar problem of energy access being limited or zero and where supplying electricity can make a huge difference to a huge number of people.

To take a step-back, if we’re looking at stand-alone energy systems, some of the ideas and some of the technology we’re looking at is actually applicable in the developed world as well. Situations where you have communities that want to be off-grid or have to be off-grid for some reason. We could start looking at island communities that often have problems with energy access and have to use quite low-efficiency fossil fuels. People are also starting to look at off-grid instead of using the national grid, generating their own electricity locally with a much lower impact in terms of carbon intensity. So there is a kind of industrialised world twist to this, although our work is really focussed on the developing world.

Energy2050 at the University of Sheffield