Monday, 19 February 2018
0
Robin Whitlock
The Trump administration’s proposed plans to cut the DOE’s renewable energy and energy efficiency program budgets by 65 percent comes on the heels of Trump’s 30 percent tariff on solar imports. EDF Climate Corps wrote an analysis on the potential repercussions of both the tariff and budget cuts on the renewable energy industry, which also suggests the U.S. is handing over its leadership in this sector to countries like China. The company also published a new report on the status of the U.S. clean energy and sustainability workforce, which found that although Trump’s tariffs have already hurt the industry, long-term market growth is projected. 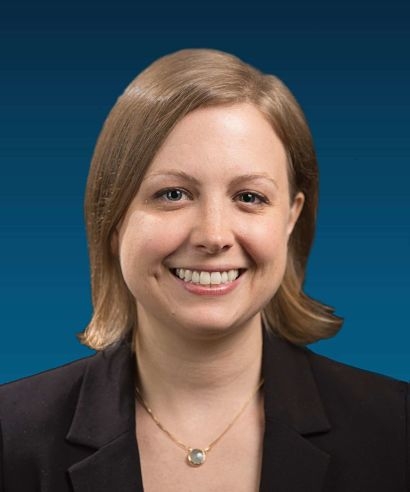 REM discussed the situation with Ellen Shenette, manager of EDF Climate Corps, who revealed more of what’s at stake in the industry.

Can you give me a bit of background about EDF’s involvement in the renewables sector?

I specifically work on the EDF Climate Core program which is a graduate scholarship program focused on placing students in companies over the summer to work on energy and sustainability projects. We’ve been working with companies and public sector organizations on energy efficiency and clean energy projects for 10 years now. Over the last four years, we’ve seen vast growth in companies focused on renewable energy and usually about 30 percent of our students work on at least one renewable energy project. EDF as a whole has a lot going on with renewables as well.

How did you hear about President Trump’s intended budget cuts? What was your initial reaction?

I personally read about it in The Washington Post but I’ve seen it published in many different places. My initial reaction was definitely disappointment. Trump’s intention to levy 65 percent cuts in renewable energy research wasn’t exactly surprising, given how he’s been with renewable energy from the start, but it’s still very disappointing because this market is growing and clean energy research and all these programs that would be cut, it’s really important to get these programs through so we can get where we need to go for the low-carbon economy. It’s just another disappointment from the administration showing that their priorities are focused on coal and fossil fuels, and not this low-carbon economy that has seen tremendous growth over the last couple of years and is supporting millions of jobs.

The Washington Post story said that Trump might have a bit of difficulty getting these budget cuts through Congress. How accurate do you think that is?

I think the Post is probably right in that the cuts will probably be pushed back from Congress and the reason for that is the administration tried to do a similarly drastic cut for the 2018 budget. Congress didn’t allow that to go through in the form he proposed. I wouldn’t be at all surprised to see Congress push back and I don’t think the cuts will be as drastic as he is proposing. But we don’t know. It’s still not a good situation and any cuts are pretty detrimental to the industry.

What I find really bizarre is that the message that coal is dying doesn’t seem to be getting through to the President, despite all the evidence. Why do you think that is?

I don’t know what’s going on in Trump’s mind, but I agree coal is dying and its really not clean energy that’s been killing it, it’s cheap natural gas that’s responsible for its demise. A lot of us don’t understand Trump, because he doesn’t seem to make decisions that align with growth and how the markets are going.

If these cuts get through, how do you think that will affect big research centers like NREL?

One thing that we’ve been discussing is how a lot of countries are investing in renewable energy research and a lot of them are leaders in that area. When the US starts cutting that research, it’s just going to put us behind and other countries are going to step into that leadership position. Countries like China for instance.

How is the news about the solar tariffs impacting the American solar industry thus far and what impact do you think it will have on the sector in the future?

It could have been worse. The tariffs could have been a lot higher and would have had a much greater impact. Nevertheless, it is still going to have an impact on the industry. GTM’s latest projection is that installations will decrease by 11 percent through 2022. Most of that will be in the utility scale sector, which is really responsible for a lot of installations. That will set us back, not just in renewable energy but in jobs as well. So overall, it will impact the industry for sure.

You guys at EDF wrote an analysis of the impact of this, can you just give me a rough outline of what that analysis found?

Overall, we found that over 4 million people in the US are employed in sustainability and clean energy jobs. This is both renewable energy as well as energy efficiency, advanced vehicles and transportation and storage and advanced grid. What we’ve seen is that those jobs have been strong and steady and employ lots of Americans, but that some of the sectors have been suffering due to uncertainty in the markets. Specifically, solar in 2017 was definitely impacted by Trump’s tax plan. In the third quarter of 2017, installations were about 20 percent behind the 2016 levels. There were other factors in play, but the uncertainty around clean energy policy definitely had an impact on the industry and on the market. However, we remain optimistic and see long-term growth in these industries and, long-term, will continue to provide millions of jobs. It’s just that, short-term, it’s a setback.

So, you think the long-term prospects for American renewables are fairly positive then?

Yes, I do. We included a couple of projections in our report. One thing that stands out is the Bureau of Labor statistics this year projected that solar PV, storage and wind turbine technicians will be the fastest growing jobs in America over the next 10 years. Over the next three years, the wind industry is expected go generate $85 billion in economic impacts as well. So the industry is growing and once we clear these hurdles, I do believe there is going to be strong growth.

Are there specific sectors that are doing particularly well?

Wind has done particularly well and has escaped much of this uncertainty although the Trump tax plan does have potential to impact that sector. However, solar has been the really strong area of growth in the industry. An interesting newcomer is the storage and advanced grid sector, which we focused on for the first time in this second version of the report. That has skyrocketed. Employment increased over 230 percent. As batteries get cheaper, we’ll just see more demand for it and more growth in this sector.

How popular do you think renewables are among the American public?

Among corporations the demand grew by about 93 percent from the year before, so there’s a real appetite from companies. I think there is overall support for these technologies, and certainly from the corporate side, because the business case is there.