"Offshore wind is a chimera and a dangerous one at that"

Tuesday, 31 January 2012
0
Toby Price
Paul Gipe has worked with wind energy since 1976 and in this exclusive interview with Renewable Energy Magazine, he reflects on progress in the wind sector over the ten years that have passed since our sister publication, Energías Renovables, interviewed him in Barcelona in 2002. 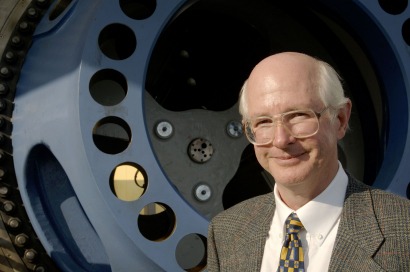 Paul Gipe has worked with wind energy since 1976, and is best known for his advocacy of wind energy and for his articles and books on the subject. He has lectured widely on wind energy and how to minimize its impact on the environment and the communities of which it is a part. Through his writing and public speaking, Gipe has sought to popularize the use of wind energy worldwide.

In 2004, Gipe served as the acting executive director of the Ontario Sustainable Energy Association where he created, managed, and implemented a provincial campaign for Advanced Renewable Tariffs. The campaign has grown into a continent-wide grassroots movement that has put renewable energy feed-in tariffs on the political agenda in Canada and the US.

Gipe first publicly called for a feed law in the US in his campaign for the board of directors of the American Wind Energy Association in 1998.

From 1986 to 1994, Gipe represented the American Wind Energy Association (AWEA) on the West Coast. He was the executive director of the Kern Wind Energy Association from 1987 to 1995. He also served on AWEA's board of directors from 1996 to 1998. From 1999 to 2003 Gipe measured the performance and noise emissions from small wind turbines at the Wulf Test Field in the Tehachapi Pass.

Gipe's interest in wind energy grew out of his wish to limit the environmental effects of conventional energy sources, particularly those of coal and nuclear power. He contributed to the seven-year struggle for passage of the National Surface Mining Act, which regulates the strip mining of coal in the United States. As part of that effort, Gipe co-authored Surface Mining, Energy, and the Environment.

Hi Paul. I’d like to kick off asking why you dedicate some much of your time to writing about feed-in tariffs?

I long ago concluded that renewables were not growing as rapidly as we needed to address the problems we face. Therefore, we needed to step up the pace. The only policy mechanism with a proven track record of rapidly adding massive amounts of renewable energy is a system of feed-in tariffs, or what I’ve dubbed Advanced Renewable Tariffs.

What is your opinion on the way feed-in tariffs have been applied around the world? Have they been a success? Could the negative impacts of feed-in tariff cuts such as those experienced by the solar sector in Spain in 2008 and now in the UK have been avoided?

No policy is immune to bad decisions. Both the British and Spanish governments panicked and over-reacted and the job losses that resulted are the consequences of the panicked reaction to success. We’ve seen the same boom and bust here in the US—repeatedly—over the decades with our tax subsidy for wind energy.

Ten years ago, our sister publication in Spanish, Energías Renovables, interviewed you during a visit you made to Spain to photograph wind turbines in Tarragona. Have wind farms changed since then? Are they quieter/bigger for instance?

Projects are much bigger now in places like Spain and North America where the land is available. Turbines are bigger overall. But projects remain relatively small in much of Europe by North American standards. The Germans and the French still install projects with a few to a few dozen turbines.

Back in 2002, you said during the interview that the wind sector had reached a level of development that meant there was no going back, and that wind energy could contribute up to 20% to the energy mix of developed countries. How happy are you with the progress made by the sector globally over the last decade and what do you put this progress down to?

I certainly no longer say that wind can contribute up to 20%! The intellectual and technical discussion has moved on from those timid prognostications. Academics, subject experts, and policy makers are now openly talking about 100% renewable energy of which wind will play a very big part.

You also said during the interview that there was still a lot to do to ramp up the small wind segment. Ten years down the road, small wind is still struggling to win over the public. Why do you think this is?

Second, the small wind industry hasn’t faced the music about its role and its limitations. Small wind may simply be destined for niche markets.

To redress this, I’ve recommended that the small wind industry grow up and stop demanding subsidies and instead rely on feed-in tariffs that pay a fair price. Unfortunately, the industry doesn’t want that because then policy makers will see how much small wind costs and may choose not to offer the tariffs at all.
Though I’ve become openly critical of the small wind industry, I recently recommended to the Ontario government that they offer tariffs for small wind energy. There’s no indication that the government will listen to me, but I did make the recommendation.

You were quoted as saying “the Bush Administration only supports oil companies”. How is Obama fairing in this regard?

That’s simple. Obama is different from Bush. Obama supports the oil industry and the nuclear industry. The other difference is that Obama says nice things about renewable energy. However, while we like him saying nice things, we’d prefer that he actually do something useful. His administration has publicly refused to consider feed-in tariffs. So, in that regard, he’s no different than Bush—either Bush.

China is clearly contributing to the development of the wind industry. What has been the key to such a rapid ramp up of wind capacity and should we be emulating their approach elsewhere?

Surprisingly to us in the West, China is not hobbled by blind obedience to an ideology. The Chinese believe that public investment in infrastructure (trains, roads, renewable energy) is in the public interest and go about doing it—that is, spending the money needed. We, on the other hand, get all caught up in this neoliberal ideology we’ve adopted that says if something is important like infrastructure, the private sector will do it for a profit. This is of course nuts, but it is what holds us back.

Offshore wind is upon us, offering access to extensive wind resources, avoiding the public resistance often faced by onshore wind project developers, and helping to forge international partnerships to establish supergrids. Do you envisage the day when existing onshore turbines disappear for good as we move increasingly offshore?

Offshore wind is a chimera and a dangerous one at that. Offshore wind is very expensive and while we will need it, just like we’ll need all other sources of renewable energy, we should use it for only a small percentage of supply. Wind on land, because it is so cheap, is what we need to balance the high cost of solar so that the total cost to consumers is manageable.

So, no, wind on land is not going to disappear, certainly not in my lifetime.

I’ve never been a big fan of offshore wind. My position is that if the reason for going offshore is public acceptance then we need to do a better job of building wind projects on land in harmony with the environment and the communities of which we are a part.

In my experience, going offshore doesn’t eliminate the question of public acceptance. If a segment of the public doesn’t like wind energy, they just follow the projects offshore. We certainly saw that in Ontario where the government declared a moratorium on offshore wind in the Great Lakes to protect a legislative district in the last election from political opposition.

Wind, birds and bats. How do they get along in your opinion?

Some companies do a great job, others should see their CEO’s put in prison. In the US and Canada we have an international treaty protecting certain bird species. Kill those birds and you can go to jail.

For the most part it is not a major issue. It is a major issue as far as the media and the public is concerned. And in some cases it is a serious environmental problem that need addressed and I’ve been saying this for years. I split with the American wind industry over this and other environmental issues more than a decade ago.

Should governments be doing more to promote the mutual benefits of rolling out wind farms and electric vehicles in terms of balancing supply and demand?

Yes, we need standards and quickly. EVs are being rolled out here in California. Nissan is scaling up its Tennessee plant to 100,000 EVs per year. I’ve seen tractor trailer (lorry) loads of Nissan’s leaf on the highways here.

Yet, we’re a long way from worrying about balancing supply because of EVs.

Lastly, ten years ago you said your house was very energy efficient but not equipped with any renewable energy devices. Do you have solar panels on your home now?

The solar policies in California are designed for the wealthy energy hogs who live in what we call “McMansions” that squander electricity. We are not wealthy and we live in a modest house so the solar programs here were not intended for us. And I will not install solar until it pays to do so.

Solar, wind, biogas, geothermal, and other renewables will never grow to the scale we need until those who build them can earn a profit doing so.  That’s why I support feed-in tariffs for California.

During WWII Winston Churchill said about America’s eventual entry into the war, “You can count on Americans to do the right thing—but only after they have exhausted every other possibility.”

America will eventually use feed-in tariffs because we’ve exhausted every other approach.