Friday, 22 July 2016
1
Pepa Mosquera
It is a milestone: 107 hours continuously generating electricity from renewable sources, with a value greater than the consumption. It happened exactly between Saturday, May 7 (06:45 AM) and Wednesday, May 11 (05:45 PM). And it was not in Denmark or Germany. Portugal did it. Our neighboring country has demonstrated what many considered to be impossible: a developed country can  supply all its electrical needs  without coal, gas, oil or nuclear electricity. At the moment for four and a half days in a row, but it's a start, in the words of Antonio Sá da Costa, president of APREN – Portuguese Renewable Energy Association.   REM talked to Charlie Richardson to discuss the energy security concerns in Brazil and the available options for overcoming the problem. 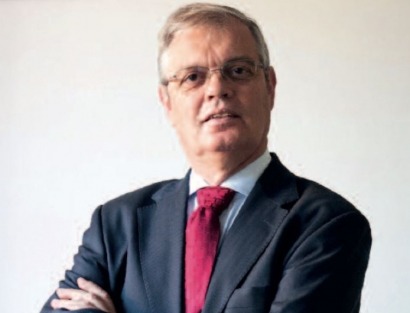 Q. Mr. Sá da Costa, when did APREN realize this achievement and what did you personally feel about it?

A: At APREN we analyse the electricity production in Portugal in a weekly basis, so, we realized it just a couple of days later. It was a very important achievement which makes us very proud and satisfied. It is a honor and a big responsibility to participate in this paradigm shift in the electricity sector. I have to mention that, in the first five months of 2016, the renewable electricity production was enough to supply all the needs for 1,123 hours - 31% of the total hours.

Q. Wind, solar and hydro were responsable for the electricity generated during those 107 hours. Which conditions were needed to achieve it?

A. Moderate rain, but abundant, and wind too. The consumption in this period was within the normal range for the season. The distribution of the electricity generated was: hydro - 53.1%; wind -  41.8%; biomass - 4.1% and solar photovoltaic – 1.0%.

Q. Is it possible to repeat these conditions? Do you have the ambition of beating the record?

A. Yes, the conditions can be repeated in the future, and the record will surely be overcome as we walk towards the 100% renewable energy objective. Within a couple of years we may have a week (168 hours) of consecutive renewable electricity. Then, two weeks, one month, two months, up until the 365 days of a year (I hope it happens in the 2040s). It all depends on how the promoters of renewable power plants make their investments and how the electricity network operator adapts to the new conditions. And so that investors' confidence is not affected, the Portuguese government will have to maintain its political position regarding retroactive rules – not changing it, as they have done in Spain.

Q. I imagine that, in order to achieve these higher quotas, it is necessary to implement various measures. Is this being treated?

A. We have to continue to work on a balanced and sustainable energy mix that gradually will allow us to eliminate the emissions of pollutants and greenhouse gases, and increase our energy independence, relying on renewable energy sources. We need to encourage the construction of solar power plants (we only have 450 MW), and we are dialoguing with the government to find the best way to achieve this, within the European rules.

Q. Another key aspect associated with this milestone is that renewable production did not cause instability in the National Energy Network, contrary to what the big lobbies of energy have always argued. Is it the end of that argument?

A. Sure. I think the secret of our success, besides having no retroactive changes, is in the permanent dialogue among all the sector’s stakeholders: Secretary of State for Energy, General Direction of Energy, REN - National Energy Networks (our REE), EDP Distribuição and, of course, the promotors. APREN represents 93% of all renewable power of mainland Portugal, Madeira and Azores, (all technologies included). Thanks to this, we have found the solution for the technical problems that the 100% renewables objective can eventually cause. But, undoubtedly, Portugal has this problem more attenuated due to the hydroelectric plants, which allows the control of the network frequency stability and voltage in a very efficient way.

Q. In 2015, 48% of the electricity consumed in Portugal was produced by renewable sources. For 2020 you have the goal of reaching to 60%. Do these objectives require improved electrical connections with the European continent?

A. Actually, it was 48.8% of renewables and 48.2% of fossil (coal and natural gas), the remaining was imported from Spain, because Portugal have no nuclear or connection to any country. It is a detail, but it is important that people know that even in a dry year like 2015, with 25% below the average, renewable production exceeded the fossil one. The goals set by Brussels have a specific metric, which attenuates variations between dry and wet years, and when applied to 2015, the share of renewables was 53%. Therefore, we are more close of the 60% goal than what can be inferred by your question.

The interconnections subject is more complex and does not have to do with our goals. It is related with the increased reliability of the electricity grid and the fact that in Portugal, or in the Iberian Peninsula, will be cheaper to generate renewable electricity, either wind on shore or solar PV, than in Central or Northern Europe. It is a question of costs and without interconnections we can not export that cheaper renewable electricity which helps Europe to meet its goals in this sector and in the emissions one. It is like prevent Germany from exporting its cars by not building highways or railways. My opinion is that the biggest obstacle is the position of France, and I mean not only the Government but also EDF, with the exaggerated protectionism of their nuclear plants.

If we are fighting for an Europe without borders and free movement of goods, we also have to create conditions, interconnections, so that electricity can flow freely.

Q. Regarding self-consumption, how can you incentivize the generation of clean electricity in Portugal?

A. The self-consumption is important, as well as energy efficiency, but it will never be the key solution to the problem. Self-consumption can be divided into two: the domestic one, that will always have a residual value, and the industrial or in buildings of the tertiary sector, which will have a more important role. Anyway, I think that we are going in the right direction, although more information is needed for the potential consumers and perhaps a fiscal push.

Q. Electricity represents 26% of the total energy consumption in Portugal. Do you think it is possible that the remaining 74% (transportation, air conditioning...) end up being produced only with renewable technologies?

A. No, it would require a big technological leap for industries like air transportation or the heating of industrial processes and they will not use 100% renewable energy in the near future. The best way to make other uses of energy become more efficient and more renewable is its electrification. For example, an electric vehicle spends three times less energy to make the same journey than a vehicle moved by gasoline or diesel, and, with a 100% renewable electricity, without greenhouse gas emissions.

Q. What should be done to achive it?

A. We must encourage the technological development and create conditions for the users of other types of energy can change to renewables. It is good for everyone, our planet, our economy and our health.