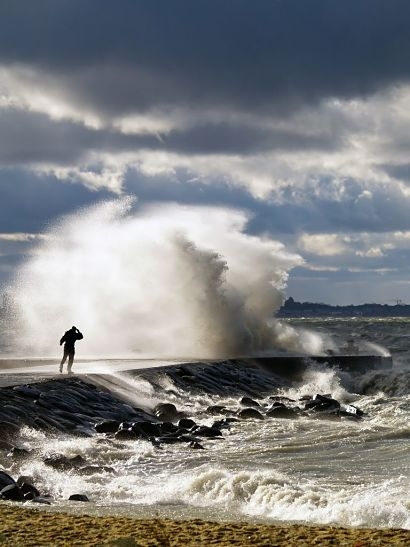 The Offshore Renewable Energy (ORE) Catapult has published a new evidence-based assessment that shows the UK’s marine energy industries can meet the requirements of the UK Government’s ‘Triple Test’, set out by Climate Change and Industry Minister Claire Perry in October 2017 for determining whether or not the Government will support new technologies.

In order to pass the Triple Test, technologies would have to achieve maximum possible carbon reduction, show a clear cost reduction pathway and demonstrate that the UK can be a world leader in a global market.

ORE Catapult’s Tidal Stream and Wave Energy Cost Reduction and Industrial Benefit report shows that the tidal stream industry could generate a net cumulative benefit to the UK of £1,400 million, including considerable exports and support 4,000 jobs by 2030. Wave energy, assuming a 10-year lag behind tidal stream, could add a net positive contribution to the UK economy of £4,000 million and support 8,100 jobs by 2040.

50-60% of the economic benefit from these two marine energy sectors is expected to be created in coastal areas which commonly have a greater need for economic regeneration. Marine energy technologies also have the potential to displace natural gas generation on the grid and to reduce CO2 emissions permanently by at least 1 million tonnes of carbon dioxide (MtCO2) per year after 2030 and at least 4MtCO2 per year after 2040.

Tidal stream has the potential to significantly reduce costs from approximately £300 per MWh today to below £90 per MWh within 1 GW deployment. Further reductions are possible with additional focus on innovation and continued reductions in cost of capital.

“The findings of our research are encouraging, with the potential for significant economic benefits to be realised from the UK marine energy resources” said Dr Stephen Wyatt, ORE Catapult’s Research & Innovation Director. “We will now continue our work with the tidal stream and wave energy industries, as well as relevant government departments, to discuss these findings and establish the best way forward for future support that will enable the UK to capture such advantage, in terms of growing our economy, creating jobs and exporting goods and services all over the world.”

In terms of the type of future support required, the report found that the technologies’ needs differed due to their maturity levels. Tidal stream requires an immediate route to market via revenue support to enable volume deployment, standardisation and the application of existing innovation activity, as well as ongoing research and development funding to further enhance the technology and solutions available.

RenewableUK’s Chief Executive Hugh McNeal added that the UK has led the world in developing tidal stream and wave technologies, and that this report shows that marine renewables could follow the UK’s offshore wind industry in achieving significant cost reductions. Mr McNeal said that what the UK needs now, to ensure that the country capitalises on marine energy, is a supportive framework from Government to provide certainty for investors with stable revenues.

Developing these technologies here in the UK will secure investment and jobs in coastal communities, rather than letting the country’s global advantage slip away to competitors. Already, the UK is exporting its world-beating marine energy expertise across Europe and as far afield as China and the Americas; these are new markets with enormous scope for growth in the decades ahead.

The report will now be passed to the Department for Business, Energy and Industrial Strategy, as well as the Scottish and Welsh Governments, where it is hoped it will pave the way for greater government support, including much needed revenue support in the future.

Kepler Energy which wants to deploy a 600 MW tidal fence in the Bristol Channel, welcomed the announcement. The company’s technology for the tidal fence has been developed by Oxford University’s Department of Engineering Science, its basic generating unit consisting of two rotors with a central generator, with only four supporting bearings and three foundation supports required. The structure is novel (and patented), the carbon fibre blades themselves being configured so that the rotor needs no supporting structure such as a central shaft. This leads to greater power efficiency and simpler, cheaper construction. The turbine has been optimised to open up resources in shallower, low tidal stream velocity flows (below ~2.5 m/s), the most commonly found current strength in coastal waters across the globe.

Deployment of the tidal fence (between Aberthaw and Minehead in the Bristol Channel) will be subject to detailed environment and technical assessments to ensure that it safely co-exists with marine life and other users of the sea.  It is environmentally benign, with a rotation speed of the Kepler turbine being c11 RPM.  The fence area, located in shallow waters, would be cordoned off from marine traffic in order to avoid accidental damage.

“Kepler Energy welcomes and supports the ORE Catapult report and its conclusions” said Peter Dixon, Kepler Energy’s Executive Chairman. “The good news is that the ORE Catapult may substantially under-estimate the total potential of tidal energy in UK waters, since it appears not to include the lower velocity/shallower tidal waters where other tidal technologies, such as our tidal fence, can be deployed. Our tidal energy technology, akin to a water mill and which will use the very latest carbon composite technology, has a lower cost of energy that many other marine energy technologies. In addition, construction of our first tidal fence in the Bristol Channel will require several thousand tonnes per year of carbon fibre for a number of years which will catalyse the UK composites industry, supporting BEIS’s Industrial and Clean Growth Strategies.”