Friday, 13 April 2012
0
Toby Price
In our regular look back at news this time last year, two themes stand out: Germany’s domination of the biogas market and the rise and rise of solar thermal electricity worldwide, especially in Spain. 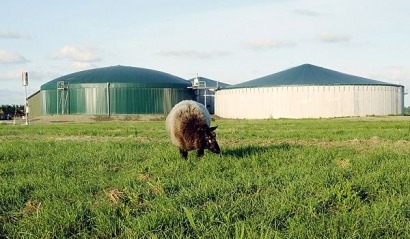 That said, our most read story (8,401 hits) in April 2011 concerned a new microhydro project in Germany unveiled by Smart Hydro Power. The 5-kW micro-hydro turbine system was commissioned at E.ON´s hydroelectric facility on the Isar River. “Because the turbine doesn´t require further infrastructure or major maintenance costs, it can compete with diesel generators on a micro grid, as well as standard electricity provided via the public grid,” the company said during the unveiling ceremony.

Indeed, in light of the catastrophe in Japan a month earlier, many guests attended the ceremony in support of safe and clean energy coming from hydro. David Sweet of the World Alliance of Decentralized Energy (WADE) noted, “This technology offers a clean, affordable and sustainable solution for developed and developing countries. For many of the 1.6 billion people who lack access to modern power systems, Smart Hydro Power can be the key to profound improvement in the quality of daily life”.

The second most popular story this time last year (accessed by 7,182 readers) came from Argentina, after Argentina’s Renewable Energies Chamber (CADER) reported that installed biodiesel production capacity would exceed 3 million tonnes by year-end 2011, more than 500 thousand tonnes higher than in 2010, when it amounted to 2.4 million tonnes.

According to the ranking presented by CADER, Argentina occupied seventh place in the global biodiesel production tables in 2007, rising to fifth place in 2008 and 2009. It was forecast that it would move up one place in 2010, but in light of the recent estimates for 2011, third place in the ranking was expected.

Our third most read article (6,887) covered a comprehensive new report on biogas plants published by Global Industry Analysts, Inc., which concluded that the world’s desire to reduce dependency on fossil fuels, heightened attention to eco-friendliness, and government incentive programmes will continue to step up investment in biogas facilities, which are forecast to $8.98 billion by the year 2017.

In terms of both consumption and production of biogas, Europe – especially Germany, followed by the UK, Italy and Spain – is ahead of other regions mainly due to increased government regulation for environment friendly initiatives. Although Europe dominates biogas production, the trend is also catching up fast in countries like Japan, Australia, New Zealand and the US. The Asia-Pacific biogas plants market is displaying strong appetite for growth, thanks to the continuous infrastructure development and business expansion in the region, especially in the emerging markets such as China and India.

“Narrowing cost differentials between fossil fuels based electricity generation and biogas energy in recent years has further augmented interest in renewable resources,” said Global Industry Analysts at the time. “Today, biogas competes on par with petroleum-based fuels in terms of performance, cost, and other additional benefits such as reduce greenhouse gas (GHG) emissions.”

Fourth spot (6,313 hits) in April 2011 was occupied by a piece on SENER, the Spanish engineering firm, which had clinched several contracts for the design and supply of solar fields in Spain: the Aste 1A and Aste 1B, Termosolar Soluz Guzmán, Consol-Orellana and La Africana plants. With these five new projects, SENER increased its portfolio to 19 solar plants, in which it has provided its solar technology, thus setting the company apart as a leader in the solar thermal electric market.

Another piece featuring Spanish solar thermal electricity came in fifth last April with 6,246 hits. The article covered the construction of a solar thermal electric plant that will combine solar energy and biomass. The plant being developed by Abantia and Comsa Emte is the second solar-biomass hybridisation project in Spain, after Solarlite and Sialsol started construction of a similar plant earlier in 2011.

Valeriano Ruiz, President of Protermosolar (the Spanish Solar Thermal Electric Association), considers that solar thermal power needs to be "supplemented with a storable source, which makes the whole system manageable, therefore a solar-biomass hybrid is ideal".

A few days after Valeriano Ruiz’s statement, Spain’s Advanced Technology Centre for Renewable Energy (CTAER) announced it would invest €1.75 million in research into exactly this type of system. In our sixth most read article (5,862 hits), the centre specified that "the planned work includes an experimental stage to analyse the behaviour of some parts of the process, such as the biomass gasifier and power system required to link the two renewable energy technologies (solar and biomass)".

The outcome of this work was to include a piece of software for simulating a pilot plant for industrial development. The project will also look at the economic viability of the process, including a method to accurately map the performance of hybrid plants and a complementary IT support tool.

Number 10 in our April 2010 top ten featured an exclusive interview with Nicholas Martin, Managing Director UK of A-SUN Energy about the ins and outs of solar photovoltaic feed-in tariffs in the UK. "The domestic market will become very competitive and a number of foreign developers or commercial specialists will leave the country," Martin said at a time when the Government had already announced plans to cut the feed-in tariff. He remained optimistic that the UK solar PV market offered great opportunities. “Nobody can deny that renewable energies are very important for our future; we have to change our way of consuming energy to preserve our planet. PV has always been seen as a lucrative investment, but also as the simplest way to start being green. PV is proven as a safe and long-term investment, and the easiest way to start changing our carbon footprint,” he said.