Electrical Generation by Renewable Sources Grew by 15.4% During Past Year

Monday, 28 November 2022
0
REM
According to a review by the SUN DAY Campaign of data released the day before Thanksgiving by the U.S. Energy Information Administration (EIA), renewable energy sources (i.e., biomass, geothermal, hydropower, solar, wind) provided almost 23% of the nation's electrical generation during the first three-quarters of 2022. 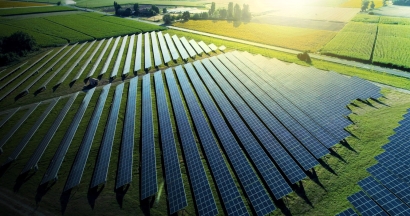 The latest issue of EIA's "Electric Power Monthly" report (with data through September 30, 2022) reveals that in the first nine months of 2022, renewable energy sources (including small-scale solar systems) [1] increased their electrical output by 15.44% compared to the same period a year earlier. Year-to-date, renewables have provided 22.66% of total U.S. electrical generation compared to 20.33% a year earlier.

Taken together, during the first three-quarters of 2022, renewable energy sources comfortably out-produced both coal and nuclear power by 15.52% and 28.25% respectively. In fact, over the past half-decade, the mix of renewables has moved from fourth into second place among electrical generating sources while relegating coal and nuclear to third and fourth place.

However, EIA's data also suggest that renewable energy's strong growth this year may slow down during the last third of 2022.

"For some time now, EIA has been forecasting renewables to provide 22% of U.S. electrical generation in 2022 - up from 20% a year earlier [2]," noted the SUN DAY Campaign's executive director Ken Bossong. "While they presently are ahead of that level, a slowdown in generation by wind and hydropower during the last quarter of this year could result in renewables falling short of that mark while still exceeding their 2021 record output."