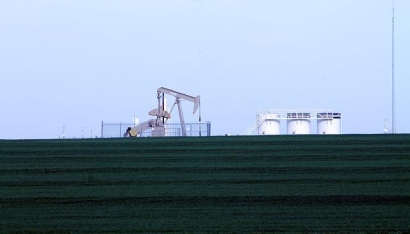 Specifically, the legislation would give the California Public Employees’ Retirement System (CalPERS) and the California State Teachers’ Retirement System (CalSTRS) until July 2027 to divest a combined $9.9 billion from the Carbon Underground 200, a list of companies considered to have the greatest potential for future fossil fuel emissions from their reserves and prohibit any new investments in those companies.

So far the California Senate Labor, Public Employment and Retirement Committee have approved the bill by a 3-1 vote.

“On behalf of over 430 elected officials from 49 counties working to phase out dangerous oil and gas drilling, Elected Officals to Protect America (EOPA) California congratulates the Los Angeles City Council for their bold leadership supporting SB-1173, the Fossil Fuel Divestment Act. When passed it will help stop the environmental devastation of communities of color who are disproportionately affected with toxic pollutants that can lead to premature death,” said Christian Brock, CEO of EOPA. “Instead of investing in fossil fuels, CalPERS could  invest in clean energy solutions like offshore wind to ensure our clean energy independence. To achieve environmental justice state agencies must protect the environment, the health and the future of all Californians, not just some.”

CalPERS and CalSTRS are the two largest public pension funds in the United States.

"The brand new IPCC report is unequivocal: it's now or never if we want to limit planetary warming to reasonably safe levels," said Los Angeles City Councilmember Paul Koretz, author of the resolution to support SB 1173, EOPA California Leadership Council. "That means we need to immediately stop subsidizing the dangerously reckless fossil fuel industry. The pension systems are intended to provide workers a safe future. We need to provide those same workers that safe future with our investment decisions as well.”

LA City has been reconfiguring its own relationship with the fossil fuel industry, including declaring local oil drilling a non-conforming land use and closely examining the LA City Employees Retirement System Investments (CF#19-1577).

According to the U.S. Energy Information Administration, in 2020, Russia was the third-largest producer of fossil fuels after the U.S. and Saudi Arabia. Putin’s war has been financed by $285M from sales of Russian oil daily.

In response to a letter from Governor Newsom, CalPERS has reported that it has over three quarters of a billion dollars in Russian investments, consisting of $420 million in public stocks and $345 million in illiquid real estate assets. Then CalPERS announced the following actions:

“Every day I recoil from images of neighborhoods where I played as a youngster as they go up in flames and are reduced to rubble. Clearly investments in fossil fuels are volatile and contribute to war. The horrific reality should be used to help accelerate a transition away from fossil fuels,” said Igor Tregub, Chair of the California Democratic Party Environmental Caucus and Former Berkeley Rent Stabilization Boardmember, EOPA California. “CalPERS should leave all Russian investments. Bolstering our energy supply with renewable solutions like distributed solar is a viable local solution that can be catalyzed right now. These and other renewable energy investments will catalyze the creation of thousands of new, well-paying Californian jobs, grow our economy, and literally save lives.”

For over eight years, teachers, students, and state workers have called for their pensions to be divested from fossil fuels. Many of the pension fund beneficiaries experience severe health impacts every day because they live near fossil fuel extraction operations. With divestment, the earnings of nearly 3 million active and retired public school teachers, college instructors, state and local employees, the health and wellbeing of all Californians would benefit.

The City of Los Angeles has a total of 5,229 oil wells, of which 296 are idle and the majority are located within 2,500 feet of homes, schools and hospitals. For comparison, in unincorporated Los Angeles County, there are nearly 2,000 active and idle oil and gas wells.

More than 580,000 LA City residents live within one-quarter mile of a productive oil and gas well. Scientific evidence shows that nearby oil and gas drilling operations can cause premature death. A host of ailments including, cancer, liver and kidney damage, neurological, cardiovascular and respiratory problems, low birth weights and birth defects have been attributed to oil and gas industries operations.

According to a report by the FracTracker Alliance, Governor Newsom approved 10,212 oil drilling permits since he assumed office in 2019, mainly in communities of color.

Culver City voted in June of 2021 to phase out oil and gas production, enact a just transition for industry workers and require the cleanup of well sites in the city’s portion of the Inglewood Oil Field within five years.

The Inglewood Oil Field is the largest contiguous urban oil field in the U.S., with more than one million people living within five miles of the site. Jurisdiction over the Inglewood Oil Field is split between Culver City and Los Angeles County.  On average, the field produces 2.5 – 3.1 million barrels of oil yearly on about 1,100 acres. Approximately 10 percent (78 acres) was located within the limits of Culver City.