Friday, 22 April 2022
0
REM
Wisconsin Senator Gaylord Nelson leveraged the power and passion of student anti-Vietnam war protesters to raise awareness for the environment. The inaugural event that brought together Republicans and Democrats to stand united for the environment was branded by the press as Earth Day in 1970. Soon, it spread from college campuses with multiple organizations and citizens from all backgrounds taking part and has become a worldwide day of action. 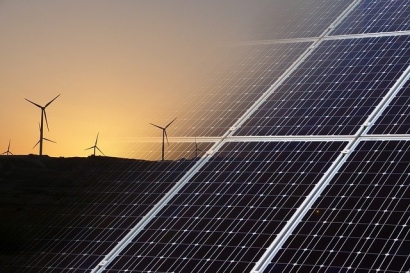 Elected Officials to Protect America, EOPA, an organization of thousands of elected officials, honors Sen. Nelson on Earth Day. He proved that environmental legislative proposals with the backing of a wide coalition of engaged citizens can become laws with more frequency than working in a silo.

He helped President Kennedy undertake a national tour for conservation and the environment. With President Johnson, he advanced Civil Rights legislation and waged the War on Poverty. Nelson saw these battles as part and parcel of his environmental agenda.

Sen Nelson said, “Environment is all of America and its problems. It is rats in the ghetto. It is a hungry child in a land of affluence. It is housing not worthy of the name; neighborhoods not fit to inhabit.”

“Sen. Nelson understood that the only way we’ll succeed in securing environmental justice is when we achieve voting rights justice. He knew that economic prosperity and environmental protection can and should go hand in hand. He believed that united there’s nothing America can not achieve. EOPA is humbled and guided by his environmental leadership,” said Alex Cornell du Houx, former Maine state Representative, Marine combat veteran, and President of Elected Officials to Protect America and Co-Founder.

“Like Sen. Nelson, President Biden sees the urgency of protecting our planet for all of humanity. His climate bill before the Senate combines concrete actions to mitigate against climate change, and advances environmental justice — while paving the way for good-paying, union jobs. EOPA urges the passage of this once-in-a-generation opportunity to avoid a worsening climate crisis and give workers lifetime opportunities in a clean energy economy.”

Then in 1987 the world pledged to fix the ozone layer when 197 countries came together and agreed to stop using CFCs and similar ozone-depleting chemicals by signing the Montreal Protocol on Substances that Deplete the Ozone Layer.  The phase-out of 99 percent of ozone-depleting chemicals in refrigerators, air conditioners and other products resulted. More than 135 billion tons of carbon dioxide-equivalent emissions were prevented from reaching the atmosphere between 1990 and 2010. Over 98 percent of ozone-depleting substances have been phased out globally to date. A team of scientists found that since 2000 the hole in the ozone has shrunk by 4 million square kilometers – an area bigger than India.

In recognition of the impact of Earth Day, Nelson was awarded the Presidential Medal of Freedom, presented by Bill Clinton.

“Senator Gaylord Nelson’s environmental legacy should continue to inspire us to act to protect our state and country’s natural resources. As the founder of Earth Day, Senator Nelson was concerned with how to ‘get the nation to wake up and pay attention to the most important challenge the human species faces on the planet.’ It was an oil spill, and the way that people came together to clean it up inspired him to create Earth Day,” said Katrina Shankland, a WI State Representative & EOPA Leadership Council member.

"As sea levels rise, and the climate crisis worsens because the atmosphere is under siege from fossil fuel emissions, humanity needs more aggressive actions to combat this clear and present danger. Nine million people die annually from breathing in the toxic particulates that fossil fuel companies produce. In an age where autocrats have grown wealthy off of oil and gas, the IPCC report found that nations are not doing enough to mitigate the climate emergency," EOPA says in a press release.

"The U.S. Senate has a $550 billion federal climate bill before them which they could pass now. It would be the largest investment in clean energy in U.S. history and would help us grow our clean energy economy by adding millions of jobs, including more than556,000 manufacturing jobs and more than 312,000 construction jobs annually. Initially part of the stalled Build Back Better Act, the climate investments were broken out and approved by House Democrats as a separate budget reconciliation bill in an effort to speed passage," says the EOPA.

“Sen. Nelson galvanized the environmental movement into action. America is known for leading efforts that change the world, like President Reagan did focusing on uniting the world to ban CFCs. President Biden has brought leaders of the free world together to stand against Putin’s illegal war. His bill before the US Senate, once passed, will encourage other nations to accelerate their clean energy plans,” said Dominic Frongillo, Executive Director and Co-Founder of Elected Officials to Protect America, former Council Member and Deputy Supervisor of Caroline, New York. “Our Senate must act now to pass the largest climate bill in our history, which will create millions of good, family-sustaining jobs.”

President Biden recently invoked the Defense Production Act to compel mining and processing for electric vehicle batteries and energy storage facilities. Polysilicon, which is needed for solar panels, next generation batteries, and computer chips, could be added to the DPA critical materials list.

“Ultimately, the DPA should be invoked to ramp up production for alternative energy systems. Current U.S. energy production policies and practices favor profit over people and the planet. The public demands lawmakers take action to change this paradigm,” said Christian Brock, CEO of Elected Officials to Protect America, Air Force Veteran, CA. “We should move forward with climate plans in the Senate and make our nation’s largest investment in a clean energy transition that would bring environmental justice to communities that have been neglected by systemic racism for far too long.”

A Pew Research Center survey of 10,237 U.S. adults conducted from Jan. 24 to 30, 2022, found that 69 percent of U.S. adults prioritize developing alternative energy sources, such as wind and solar, over expanding the production of oil, coal and natural gas.

Recent polling found that 87 percent of voters think that lawmakers should take action against profiteering oil and gas companies, while 80 percent agree that a windfall tax on Big Oil would be beneficial to prevent companies from price gouging.

An EOPA letter, which close to 500 lawmakers signed, supports a clean energy plan and asks for the Defense Production Act to be invoked.