Tuesday, 29 November 2011
0
REM
The Vice President of the European Renewable Energy Association (Eurosolar), Josep Puig, has sent a letter to the chiefs of the largest utilities in Spain, urging them to disclose vital information on how they operate, such as the insurance policies they have taken out to cover damages caused by possible accidents, including nuclear disasters. 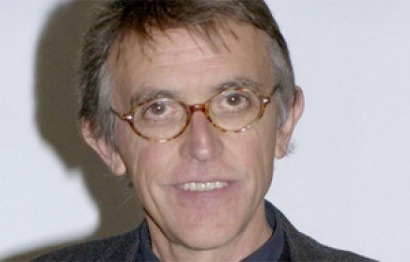 The letter highlights the repeated statements made by some of these individuals and the Chairman of Unesa, Spain’s Electricity Industry Association, to which these companies belong, citing the preferential treatment received by renewables, and calls on the executives to reflect on the role their companies have in society and to provide a series of disclosures on the impact their companies have on the environment.

Puig starts the letter asking the heads of the leading utilities whether they are not ashamed that they head up companies that generate profits from burning fossil fuels and splitting uranium atoms in a highly inefficient manner, when energy can be generated at no cost to our planet using the sun.

He goes on to ask if they are proud of pumping huge amounts of greenhouse gases into the atmosphere, when it is possible to generate electricity today using the wind: a free and clean energy source.

Puig argues that these companies should reflect on not internalising the true environmental and social costs of using fossil and nuclear fuels to generate power and using “common assets such as the air, water and the earth as if they were unlimited rubbish dumps” where “thermal and nuclear power plants can deposit increasing amounts of toxic and radioactive waste”.

Puig then goes on to call upon these companies to publish monthly and annual statements showing just how much greenhouse gases and nuclear waste their power generating assets produce in order to show “the corporate environmental and social responsibility any decent companies should assume”.

He also asks the utilities to provide details of the insurance policies they have taken out to cover damages for possible accidents at their fossil fuel and nuclear facilities.

Puig’s letter is a clear counter-offensive against recent attacks by the conventional fuels lobby claiming that renewable energies are expensive and not capable of holding their own in a free market. Ignacio Galán, for example, recently blamed the huge tariff deficit in the Spanish electricity system on the feed-in tariffs received by the renewable energy sector, despite the fact that his company has benefited hugely from such subsidies, especially in the United States.

Puig asks: “When will the companies you manage start to play fairly in a truly deregulated market, which offers real equality for all market players? When will you stop lying to Spanish citizens, making false accusations against renewable energies?”.

Puig also calls on the utilities to announce when they intend to stop generating power using fossil and nuclear fuels and switch to 100% renewable sources, and make the power distribution grids available to society to allow the independent entities to own and manage these networks.

He also suggests the large oligopolies in the power industry in Spain to which his letter is addressed should be broken up to redistribute wealth among local communities, “breaking once and for all the vicious circle of poverty in which local economies are trapped due to the way in which the energy industry (especially the electricity sector) was transformed during the twentieth century, which has persisted into the twenty-first century”.