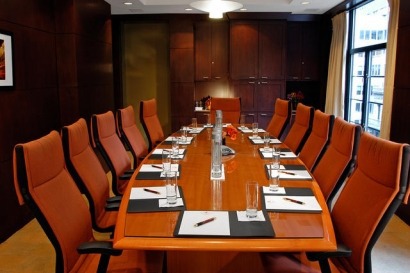 With the hottest US summer on record, fires in Russia and flooding in the UK, Japan and Thailand, among other events, 81% of reporting companies now identify physical risk from climate change, with 37% perceiving these risks as a real and present danger, up from 10% in 2010.

The CDP report, co-written by professional services firm PwC on behalf of 655 institutional investors representing $78 trillion in assets, provides an annual update on greenhouse gas emissions data and climate change strategies at the world’s largest public corporations. This year has seen a 10% increase year-on-year in companies integrating climate change into their business strategies (2012: 78%, 2011: 68%), contributing to a 13.8% reduction in reported corporate greenhouse gas emissions from 3.6 billion metric tons in 2009 as the financial slowdown began to take hold, to 3.1 billion metric tons in 2012. The fall is equivalent to closing 227 gas-fired power stations or taking 138 million cars off the road. A third of companies (31%) however reported no emissions reductions at all.

“Extreme weather events are causing significant financial damage to markets,” says Paul Simpson, CEO of the Carbon Disclosure Project, “Investors therefore expect corporations to think more about climate resilience. There are still leaders and laggards but the economic driver for action is growing, as is the number of investors requesting emissions data. Governments seeking to build strong economies should take note.”

A further round of government talks to reduce carbon emissions long-term will take place at the end of November in Doha, Qatar. The average longer-term target for companies’ emissions reductions is currently only 1% per year, well below the 4% required by countries to limit global warming to 2 degrees, according to analysis by PwC.

Malcolm Preston, global lead, sustainability and climate change, PwC says: “Even with progress year on year, the reality is the level of corporate and national ambition on emissions reduction is nowhere near what is required. The new ‘normal’ for businesses is a period of high uncertainty, subdued growth and volatile commodity prices. If the regulatory certainty that tips significant long term investment decisions doesn’t come soon, businesses’ ability to plan and act, particularly around energy, supply chain and risk could be anything but ‘normal’.”

The CDP report features emissions data from 379 companies and rates them according to their climate change transparency with the best disclosers entering CDP’s Carbon Disclosure Leadership Index (CDLI). CDP then assesses companies according to the scale and quality of their emissions reductions and strategies, and ranks these according to performance bands. The best performers enter CDP’s Carbon Performance Leadership Index (CPLI). The indices are used by investors to assess corporate preparedness for national or international emissions regulation and to guide investment decisions.

Analysis of the companies that have entered the CDLI and CPLI in the past suggests that organizations achieving leadership positions on climate change generate superior stock performance.

While US companies dominate the CDLI, German companies are proportionally over-represented in the index, as are companies from Finland, Spain and the Netherlands. France, Japan and the United Kingdom are under-represented.

Combining both indices establishes the world’s best companies in terms of climate change disclosure and performance and sees German companies coming out especially well, with Bayer, BASF, Allianz and BMW all appearing in the top 10. Outside Germany, Nestlé, Gas Natural, Diageo, Nokia, UBS and Panasonic also appeared within the top places.