Tuesday, 23 August 2011
0
REM
UK digital media company Invezz has released a niche investments website for the Irish market. Green Investments Ireland has the goal of educating Irish investors on the broad spectrum of carbon offsetting projects available on the market today as well as the potential monetary and environmental rewards they bring. 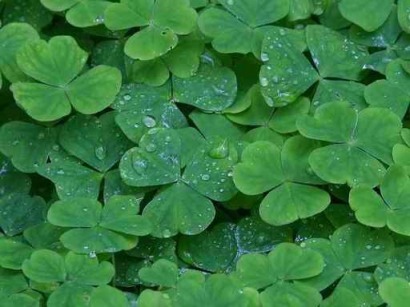 As Green Investments Ireland points out, the British government recently commissioned Innovas Solutions to compile a researched report, which placed the growth of the global sustainable economy at more than $5.2 trillion over the twelve-month period between 2008 and 2009. And according to the United Nations Environmental Programme, $210 billion were invested in renewable energy alone in 2010.

The European Union offers a fertile and hospitable environment for green investments, and individual nations are embracing methods to stimulate the expansion and maturity of the markets within their jurisdictions with the implementation of feed-in tariffs and tax incentives.

According to the Sustainable Energy Authority of Ireland (SEAI) Strategic Plan 2010-2015, the country has set a goal of developing its renewable energy sector and making it a “global leader” in the industry by 2020. The country plans to increase renewable electricity from 15 per cent of capacity in 2010 to 40 per cent by 2020. Their plan also aims at reaching a target of 12 per cent renewable heat by the same year.

One of the strategic methods they have undertaken to achieve the goal is supporting the so-called Microgeneration program. The initiative enables homes, farms and small businesses to generate renewable electricity through small-scale wind turbines, PV panels and micro-hydro.

Moreover, SEAI expects that existing programs will deliver a total cumulative CO2 abatement of 8.9 million tonnes by 2020. In terms of monetary goals for the same period, SEAI estimates that that for every €1 million spent on its business programs, the return would be up to €10 million of energy savings. And for every €1 million distributed to homeowners, when combined with the amount of money the homeowner contributes, energy savings will reach €4.5 million in today’s value terms.

Green Investments Ireland covers valuable information on the areas of renewable energy, biofuels, forestry and carbon trading. Local investors can find answers to questions such as how to effectively offset their carbon footprint, how well green investments markets are evolving; what the maturity levels of the major players are; what standards and criteria rule the green investments projects and processes; what the pace of technological advancements is; what key numbers an investor needs to look at before taking advantage of the opportunities offered and more.

Corporations internationally have long recognized the marketing perks of green investments. Ireland is no exception. Businesses, and some individuals, are becoming increasingly aware of the carbon footprint they leave behind and the repercussions associated with near-sighted business practices. They also recognize that successful long-term investments are built on a complex foundation made out of durable profits mixed with social responsibility and sustainability engagement. When that’s the end goal, green investments are just the desirable path.