Monday, 24 February 2020
0
REM
Heathrow Airport in London has announced it’s become one of the world’s first major aviation hubs to become carbon neutral for its infrastructure, and the first to target zero carbon by the mid-2030s. 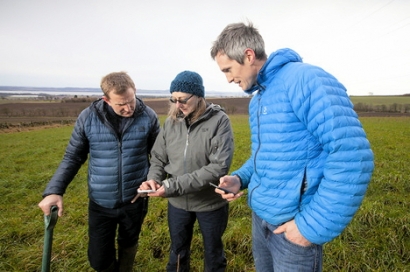 Following investment of over £100 million in improving Heathrow’s energy efficiency and generating and purchasing renewable energy, Heathrow has reduced carbon emissions from airport buildings and infrastructure by 93% compared to 1990. The remaining 7% of airport infrastructure emissions – including those from heating – will now be offset through tree planting projects in Indonesia and Mexico certified through the Verified Carbon Standard.

Offsetting will be an interim measure to reduce carbon emissions today, while Heathrow works towards becoming a zero carbon airport. Contributing to further carbon savings, this year Heathrow will be focused on ramping up improvements to sustainable transport links and ensuring it meets its target to transition all of Heathrow’s cars and small vans to electric and plug-in hybrid.

Marking the milestone, the airport is announcing a further investment of £1.8 million for 2020 to kick-start UK nature-based carbon saving projects.

The additional investment from the airport will help to kick-start the restoration of natural UK carbon sinks – including peatlands, woodlands and farming soils – which have been estimated by the Committee on Climate Change to have the ability to help save 43 mega tons of carbon annually by 2050, if significant investments are made.

At Ledmore near Ullapool in Scotland, a new native woodland creation project will be the first to receive new funding from Heathrow. In partnership with Forest Carbon, the project will cover 87.4 hectares and will help explore opportunities for woodlands to deliver effective UK carbon offsetting alongside a range of other benefits including biodiversity and better soil and water quality.

Ledmore adds to an existing portfolio of natural carbon capture projects Heathrow has supported since 2018 – worth over £270,000. These include a regenerative farming pilot project near Dundee, Scotland (pictured); the restoration of Little Woolden Moss peatland, west of Manchester; and the planting of new woodlands at Henry’s Wood in Carmarthenshire, Wales. The airport hopes to use some of these projects to offset a small amount of its hard-to-tackle emissions over the next few years and show that UK natural climate solutions would make good options for CORSIA commitments – an international agreement to deliver carbon neutral growth in aviation from 2020.

Heathrow Chief Executive John Holland-Kaye, said,“Making our infrastructure entirely carbon neutral is a significant milestone and a testament to the determination of our airport to help spearhead a new era of sustainable aviation. Our sights are now set on working with the global aviation industry to deliver on net-zero by 2050, at the latest. We can and will cut the environmental cost of flying whilst keeping the benefits of travel for future generations.”

This news follows a commitment from the UK aviation industry to achieve net-zero carbon emissions by 2050, through an international approach, working with governments around the world and through the UN. Early next week, Heathrow will be rolling out an action plan for a critical decade – called ‘Target Net-Zero’ – that backs the UK aviation industry’s commitment. The plan will outline how Heathrow will decarbonise the airport’s infrastructure and play a role in supporting the entire UK aviation industry to get to net-zero carbon emissions, by working with its partners on the ground and in the air, to develop sustainable aviation fuels and electric aircraft.

A level 3+ carbon neutrality certificate within the Airports Carbon Accreditation Scheme will be officially approved later this year as part of the scheme’s official renewal timetable.