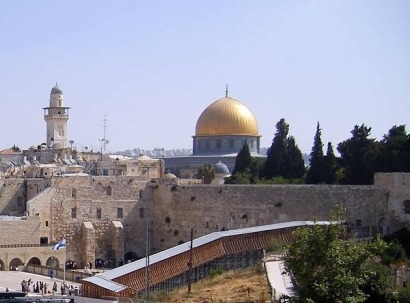 The plan’s goal is to reduce “gas emissions and air pollution by the electricity industry,” Israel’s cabinet announced in a written statement.

The quotas established in the plan include electricity generation from bio-gas and waste as well as wind power. There will be incentives for consumers that produce electricity from renewable sources.

The government’s plan sets a goal of 2,760 Mw of electricity generation from renewable sources by the end of 2020 – a 10 percent of Israel’s electricity production.

Israel currently generates nearly all of its electricity from natural gas, fossil fuels and crude oil. A projected mix of renewable energy in 2020 is about 49 percent solar, 30 percent wind and 21 percent biofuel, according to a recent proposal by Israel’s Ministry of National Infrastructure, the government unit that steers the country’s energy policy.

In November 2010, Israel’s cabinet unanimously approved the most ambitious energy and environment initiative in the country’s history: a $602.2 million investment in greenhouse gas-emission reduction.

The plan included an investment of $13 million in education and awareness to promote public behavioural changes to foster electricity savings over the next two years and allotted $11 million to integrate Israeli technologies that reduce greenhouse emissions during that time period.

The nation is also in the final stages of a bid for the 250MW solar complex at Ashelim, which will be the largest facility of its kind in the country when it gets off the ground.