Friday, 23 July 2021
0
REM
The Japanese Government has revealed a new renewable energy target, which at 36-38% by 2030 is an improvement the previous 22-24%, but not nearly the 50% needed. This also follows their recent announcement at New York Climate Week, increasing their NDC to reduce emissions by 46% below 2013 levels, and including a pledge to continue working towards a 50% reduction. 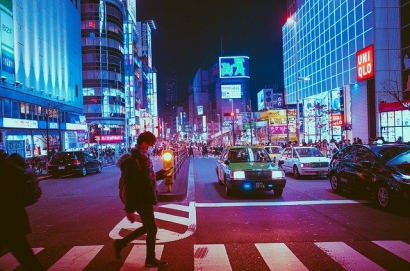 Image by Masashi Wakui from Pixabay

Commenting on this new target, Aleksandra Klassen, RE100 Senior impact Manager at Climate Group said, “The new target, while progress, still falls short of what's required for 1.5 degree warming. This is a missed opportunity to send a powerful market signal for a green recovery.

"Japan is the fastest growing geography for corporates committing to 100% renewable electricity, with over 60 RE100 companies from this region. Businesses have called for a target of 50% by 2030, which would stimulate renewable electricity cost reductions, expand supply and enable easier procurement. More ambitious government policy is needed and will enable business to invest more, faster and help deliver a clean energy future for Japan."

This announcement follows calls from RE100 asking the Japanese government to raise its renewables ambition ahead of COP26. An open letter the country's prime Minister Yoshihide Suga signed by more than 50 RE100 companies - consisting of some of the world's best known brands such as Google, Astra Zeneca, Nestle Ricoh, Panasonic and Nikon - asked for significantly increased renewable electricity targets, reduced renewable electricity costs, and increased supply and procurement methods.

In what’s being billed as the ‘green’ Olympics kicking off in Tokyo this Friday, Sam Kimmins, Head of RE100 at Climate Group said, “Japan has achieved a bronze medal with their new renewables target. Whilst it’s an increase, 50% is what’s required for the government to deliver its net zero carbon ambition. There are geopolitical and economic benefits to this move too. Japanese businesses are increasingly wanting to go renewable but also asking for it to be easier and cheaper to buy wind and solar power direct. With their help, we think Japan could not just reach the line of 50% but could go even further.”