Tuesday, 08 May 2012
0
Toby Price
The Joint Research Centre (JRC) is the European Commission's in-house science service. It has released a report entitled “Renewable energies in Africa: Current knowledge”, with contributions from Institute for Energy and Transport and the Institute for Environment and Sustainability, which screens Africa’s renewable energies potential. 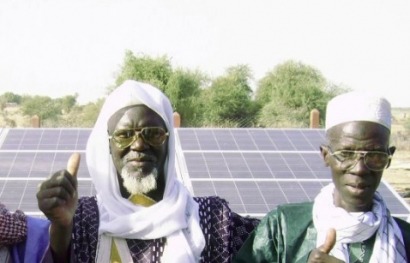 Compared to the rest of the world, there is a general shortage of energy related information in Africa (on potential of energy resources, actual installed systems and current energy use). According to REN-21, this lack of information is even more apparent for renewable energies, and indeed it is indeed difficult to compare the potential for the different energy options due to the scattered validated information.

The JRC’s study aims to redress this information gap by mapping the potential of renewable energy sources in Africa. The report analyses the current energy consumption in Africa and assesses potential of renewable energy sources - solar, wind, biomass and hydropower - and their cost efficiency and environmental sustainability. Its publication coincided with the official European Launch of UN's Year on "Sustainable Energy for All" earlier this year.

According to the JRC study, the high share of rural population, coupled with the low ability and willingness to pay (affordability), the low per capita energy consumption and the high rate of non-electrified rural areas, has traditionally pushed rural communities to make use of locally available energy sources, mostly biomass from agriculture residues and forest ad savannah wood for their daily cooking and heating needs.

Renewable energy resources are diffuse in the territory and mapping their physical availability can only be the first step in understanding their exploitability especially for people without modern forms of energy in Africa. Indeed, according to IEA data, 99.6% of the African population without electricity access is concentrated in Sub-Saharan Africa (SSA) countries, reflecting the great disparities in the different African regions caused also by the still unbalanced development of the energy production and transport infrastructures in the continent.

The map of Africa's solar electricity potential, for example, based on the JRC's Photovoltaic Geographical Information System (PVGIS), shows that in many parts of Africa the same photovoltaic panel could produce twice as much electricity as it would produce in Central Europe. However, in order to assess the suitability of solar energy to provide electricity in rural areas, this option has to be assessed against costs for grid extensions and with the traditional diesel generators. A combined analysis of photovoltaic systems, grid extensions and diesel options shows for each area which option is the most cost efficient.

In Northern Africa, the promising potential of renewable energies, in particular solar and wind energy, has to compete with cheap fossil fuel. Meanwhile the challenge in the Sub-Saharan regions is to improve sustainability and efficiency of traditional biomass use and to provide a suitable alternative to biomass overexploitation. This alternative should be based on cleaner energy sources, particularly in Sub-Saharan Africa where firewood and charcoal represent 80% of total energy use and where most of the population lives in rural areas with no access to electricity.

Small hydroelectric power plants have strong potential in Equatorial Africa due to an extended network of permanent rivers and the fact that most households are located closer to a river than to an existing electricity grid.

Considering the current grid infrastructure, the report suggests that wind energy is the most exploitable on a larger scale in northern parts of Africa, in particular along the Mediterranean coast, and in the most southern parts of the continent.

As for biomass, the report highlights a dramatic difference between the EU and Sub-Saharan Africa in the efficiency of the production and use of this fuel and discusses the development of a wood fuel sustainability index and the unexploited potential of energy crops like sugar cane.