Monday, 27 January 2020
0
REM
The Green Hydrogen Coalition (GHC), an educational non-profit dedicated to facilitating policies and practices to advance green hydrogen production and use in all sectors where it will accelerate a carbon-free energy future, had its official launch January 21. 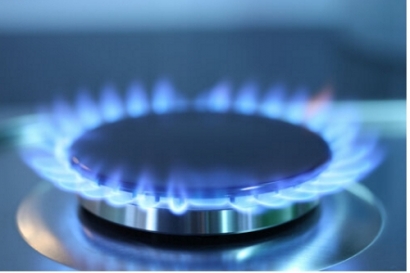 Green hydrogen can be produced several ways – by reforming biogas or by splitting water molecules with an electrolyzer powered by renewable electricity such as wind or solar. Hydrogen is currently a global industrial commodity used in many industrial processes around the world. More than 99 percent of the world’s hydrogen production to date has been from fossil fuels: natural gas, oil and coal.

Now that renewable energy is the lowest cost source of electricity in many countries around the world, alternative pathways for producing ‘green’ or ‘carbon-free’ hydrogen are possible. The formation of the GHC is timely, as more states move toward a 100 percent renewable electricity system or set zero-carbon goals. In a high-penetration, renewably powered grid, there will be days, even weeks, when the sun is not shining and the wind is not blowing.

Martin L. Adams, the general manager and chief engineer of Los Angeles Department of Water and Power (LADWP), addressed the role of hydrogen in LA’s power future during a December meeting of LADWP’s Board of Water and Power Commissioners saying, “There is no way to get to 100 percent renewable energy that I can see right now without hydrogen in the mix. The ability to use green hydrogen as an alternative to fossil fuels in existing infrastructure not only ensures reliability, but will also make our clean energy future much more affordable.”

LADWP is the largest municipal utility in North America and is one of the GHC’s founding supporters. Others include major renewable energy developers including Intersect Power and 8minute Solar Energy, as well as gas distribution utility, SoCalGas.

The GHC’s first initiative is to support the conversion of Intermountain Power Project , an 1,800 MW coal-fired generator located in Delta, Utah. Owned by Intermountain Power Agency (IPA), the plan is to convert IPP to an 840 MW combined cycle gas turbine that will be capable of using a blend of natural gas and 30 percent green hydrogen in 2025, ultimately increasing that percentage to 100 percent by 2045. The green hydrogen used by the new power plant will be produced exclusively by electrolysis using renewable energy.

According to Rob Simmons, interim executive director of the Utah Governor's Office of Energy Development (OED), “Governor Herbert continues to place great emphasis on identifying next-generation solutions for powering a resilient, affordable and cleaner energy future for decades to come. OED is proud to be at the forefront in creating opportunities for dialogue and partnerships locally and globally to advance hydrogen innovation and development for a brighter energy future."

Green hydrogen also represents an opportunity to dramatically expand the potential for renewable power into other sectors.

“As solar and wind are now the lowest cost forms of energy on the earth, we must now find ways to insert them into new areas of the energy supply chain outside of the electric power sector,” says Sheldon Kimber, CEO of Intersect Power. “Hydrogen produced from renewable power is the most scalable and impactful way to do that.”

Lin sees this kind of initiative as just the beginning. “Green hydrogen goes beyond power; it has the potential to decarbonize very energy-intensive, hard-to-electrify sectors such as aviation, steel and cement making, agriculture, and shipping. It’s a game-changer in our fight against climate change.”