Mexico Can More Than Quadruple Share of Renewable Energy by 2030, IRENA Says

Wednesday, 27 May 2015
0
Dan McCue
Mexico can increase the use of renewable energy in its energy mix from 4.4 per cent in 2010 to 21 per cent by 2030, according to a  new report from the International Renewable Energy Agency. 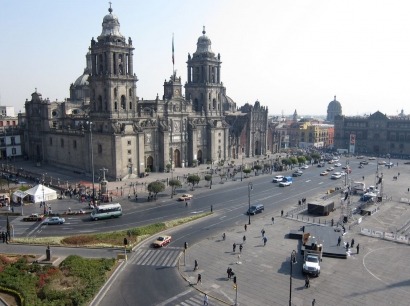 Renewable Energy Prospects: Mexico, prepared in collaboration with the Mexican Energy Secretariat (SENER), also finds that Mexico could generate up to 46 per cent of its electricity by 2030 from renewable sources including wind, solar, hydropower, geothermal and biomass – a six fold increase from today’s levels.

“Mexico represents one-fifth of all energy use in the Latin America and Caribbean region and is key to ensuring a successful regional transition to renewable energy,” said Adnan Z. Amin, Director-General of IRENA. “With the recent energy sector reform, Mexico is now on the path of rapid renewables growth, which can help secure a safer, healthier and more sustainable future.”

The share of renewable energy in Mexico’s energy mix will only reach 10 per cent by 2030 under current policies. If Mexico succeeds in reaching a 21 per cent share of renewable energy, it will save $1.6 billion in total energy system costs by 2030. Annual savings could reach as high as $11.6 billion by 2030 when taking into account factors like reduced health costs and pollution.

“This report shows that Mexico could install significantly higher amounts of renewables – and that it can do so affordably,” said Dolf Gielen, Director of IRENA’s Innovation and Technology Centre. “The dramatic technology cost declines present a real opportunity for Mexico to scale up their renewable energy deployment and lead the region towards a clean energy future.”