New support schemes announced for renewables on either sides of Pacific

Monday, 14 May 2012
0
Toby Price
This month, two new countries on opposite sides of the Earth have announced plans to introduce schemes to encourage the deployment of new renewable energy capacity. Japan has announced a series of feed-in tariffs which are among the highest in the world, while El Salvador has approved a regulatory framework to promote the use of renewables. 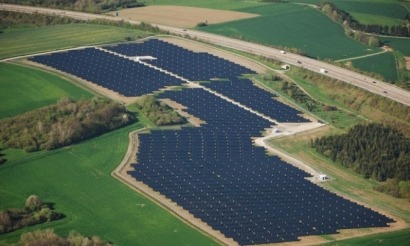 Last week, the Japanese authorities proposed a series of feed-in tariffs to support renewable energy which are some of the most succulent anywhere in the world and could see this country – which has just switched off its last nuclear plant – enjoying a mass roll-out of clean energy capacity. The feed-in tariffs may come into effect in July.

The US analyst and expert in renewables, Paul Gipe, reports that the feed-tariffs proposed by the Japanese government are among the highest in the world and could represent the greatest development in renewable energy policy globally.

According to Gipe, the feed-in tariff proposals are "equivalent to putting the country on a war-time footing following the Fukushima nuclear disaster". He believes that while Japan, is "long known for dragging its feet on developing its own renewable resources, may be embarking on a huge course correction in energy policy, turning its back on nuclear and turning toward renewables" and that the "the unusually high tariffs will lead to a massive rush of renewable energy development".

The proposal is a marked shift in Japanese energy policy, which turned its back on nuclear energy after Japan’s regional governments (prefectures) demanded that plant owners implement new safety measures approved after the reactor explosions at Fukushima. However, these plant owners cannot cover the huge cost involved in improving safety at their plants to comply with the revised safety criteria and have therefore had to close. In other words, the safety measures designed to avoid nuclear accidents mean that nuclear power is no longer economically viable.

The proposed tariffs are for wind, geothermal, hydroelectric, solar PV, biogas and biomass technologies, and will be applicable for 10 and 20 years, depending on the size of the facility, although the number of categories is limited. There are only two tranches for wind, solar PV and geothermal, three for hydroelectric power, and one for biogas. Other countries such as Canada include up to eight different tranches for solar PV and up to seven for biogas.

It is envisaged that the new tariffs will take effect in July, after they are approved by Japan’s Ministry of Economy, Trade and Industry at the end of this month.

"The question now becomes how fast can the wind, solar, and geothermal industries get projects built and how fast will the Government then ratchet down the tariffs for new project," adds Gipe.

On the other side of the Pacific, reforms proposed by El Salvador’s National Energy Commission (CNE) will enable small plants with a capacity of up to 20 MW to connect to the grid, and aims to encourage energy generation using renewable sources by permitting clean energy generators to connect to the distributors’ grid without having to trade on the wholesale electricity market.

The announcement was made at the beginning of the month by Luis Reyes, Executive Secretary of the CNE, and involves the approval of a regulatory framework to promote the use of renewables in order to gradually reduce the country’s dependence on oil and its derivatives.

Reyes explained that the regulatory framework sets forth specific provisions for contracting renewable energy technologies in a free market, which will protect any investments made and establish a dispatching procedure enabling all power generated using renewable sources to be acquired by distributors.

Meanwhile, Mario Rodríguez, the CNE’s Director of Renewable Resources Development, added that this framework will allow solar PV to be installed on people’s roofs and the energy generated to be acquired by the distributor under specific contracts on compliance with grid connection requirements.