Tuesday, 16 August 2011
0
REM
A new report from GBI Research suggests that the flight from nuclear power in the wake of the Fukushima Daiichi nuclear power plant disaster in Japan should remain a strong driver of Europe’s renewable energy sector through the end of the decade. 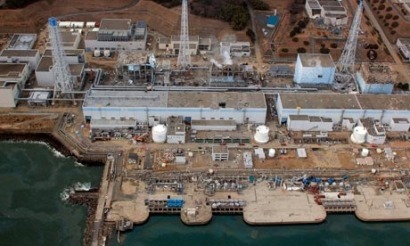 The global business intelligence firm based its assessment if several factors.

These included German authorities vow to decommission all of the country’s nuclear power plants while phasing out reliance on nuclear power produced by its neighbours.

In an agreement with energy firms, existing nuclear power plants in Germany will be limited to operational lives of no more than 32 years.

In addition, in countries like Sweden, the Netherlands, Spain, Belgium and Switzerland, no increase in nuclear capacity is expected during the forecast period, GBI said.

The report provides insights on emerging trends in the power market for each country, with detailed forecast of the installed capacity and generation by thermal, hydro, renewable (solar PV, biomass and wind) and nuclear sources up to 2020.

Also provided is the annual import, export, sector wide demand scenario for all the countries along with the forecasts for annual power consumption.

The research firm also analyses their competitive structure, regulatory framework and the infrastructure of power sectors in these countries. The report also includes in-depth information on active and upcoming power plants in each country.

The research firm expects the government policies and incentives to have major impact on the growth of the Western Europe power market.

It also said continued pressure to curtail the carbon emissions will lead to the growing investments in renewable power sector.