Wednesday, 26 October 2011
0
Toby Price
Friends of the Supergrid (FOSG) has issued a statement welcoming the European Commission Regulation proposal for the implementation of European energy infrastructure priorities as “a major step forward for the acceleration of the building of much needed new electricity infrastructure, including Supergrid”. In a separate statement, the European Wind Energy Association’s CEO, Christian Kjaer, said the €9.1 billion of related financial support would “leverage significant additional private investments”. 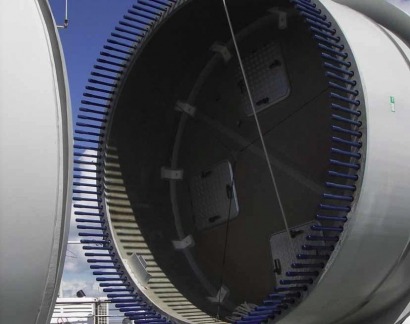 Last week, the European Commission proposed new EU legislation for speeding up and financing new energy infrastructure. The aim of the new legislation is to encourage free movement of electricity around Europe.

“Once built, this infrastructure will allow the integration of large quantities of renewable energy across Europe and will see significant progress towards the creation of the internal electricity market,” said the members of FOSG in a joint statement.

FOSG calls on the European Parliament and the Council to adopt the core proposals in this regulation. “At a time of economic slowdown, this is the right moment to show political support for the development of new electricity infrastructure and to prepare for the integration of renewable energy into an open European market from 2020,” they said. “The Parliament and Council should request from the Commission a new regulation dedicated to the development of a European Supergrid or an Interconnected European Highway System. The development of Supergrid will provide a significant stimulus to European economies, will bring cheaper electricity to European consumers, and will enable Europe’s power sector to be fully decarbonised from 2020.”

Speaking in Brussels, FOSG CEO Ana Aguado said: “We welcome this Regulation as it represents major progress towards the creation of a European Supergrid. Supergrid will bring huge benefits to European consumers and its development will be a major stimulus to European economies. This Regulation needs to be accompanied by a common position across Member States to deliver an open market in electricity in this decade which will contribute to the delivery of a sustainable Europe by the mid-21st century”.

Meanwhile, the European Wind Energy Association (EWEA), which is keen to see improvements to Europe’s infrastructure to allow the vast amounts of power generated by future North Sea wind farms to be distributed around Europe more easily, also welcomed the European Commission’s proposal.

"€9.1 billion of financial support from the EU budget for priority projects is substantially more money than was provided in the past", said Christian Kjaer, EWEA’s Chief Executive Officer, referring to the Connecting Europe facility. "Although it represents only a small proportion of the €200 billion the European Commission has estimated is needed for energy infrastructure improvements, it should, together with the proposal for Project Bonds, leverage significant additional private investments", he added.

Kjaer warned it would be still not clear how this money will be divided between electricity, gas, oil and carbon capture and storage (CCS) infrastructure. CCS will not be ready by 2020, which means by the end of the time frame of this regulation. "A clear priority should be given to financial support for electricity infrastructure. This will bring clear benefits for Europe's energy security, the internal electricity market and integrating very large amounts of renewable energy", said Kjaer.

EWEA fully supports the Commission's plans to eliminate unnecessary delays in authorisation procedures for new priority European power lines including offshore grids. "It is not necessary for authorisation to build new electricity grids to take over ten years, and this proposal will help to reduce these delays", said Kjaer commenting on the guidelines for trans-European energy infrastructure.