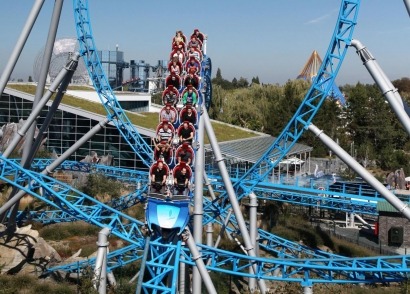 The new assessment is used to confirm the sustainability and environmental compatibility of amusement parks.

Certification focuses on areas such as building services and amusement ride systems, construction, land use, transport planning and the handling of waste-water and existing contamination, TÜV SÜD says in a written statement provided to REM.

The firm notes that the amusement industry is constantly engaged in a battle of superlatives. However, the negative side effects are rising energy consumption, land use and emissions.

In times of high energy costs and increasingly scarce resources, the amusement industry too must face the issue of sustainability, TÜV SÜD says.

Sustainability a high priority for Europa-Park

Before an amusement park obtains a certificate it must comply with a comprehensive list of criteria. In an ambitious pilot project, TÜV SÜD has now implemented this list of criteria in practice for the first time.

Home to 100 amusement rides and shows, including eleven roller-coasters, and attracting over 4.5 million visitors, Europa-Park handles around 100 million rides per year. On an area of 94 hectares, thirteen themed areas featuring European countries offer the typical architecture, food and beverages and vegetation of each country to ensure a unique holiday atmosphere. The five themed hotels of the amusement park and the camp resort offer a total of 4,500 beds.

"In view of these figures, it goes without saying that safe, cost-efficient but also sustainable operation is of special significance for Europa-Park," Donislreiter says.

Over a period of six months, TÜV SÜD's experts assessed the amusement rides and the five hotels of the theme park for their sustainability, energy efficiency, environmental compatibility and technical quality. The objective was to uncover possible opportunities for improvement and energy-saving in areas such as amusement ride operation and building services engineering, to reduce the overall energy demand and to identify opportunities for sustainability and risk, particularly with a view to environmental protection and health.

"For us, sustainability, and the efficient use of energy and resources in particular, is far more than a trendy topic; it is an issue that concerns us and the next generations", Mack says. "As a family-owned company we are fully aware of our responsibility. Europa-Park is highly satisfied with TÜV SÜD's result and its certification. However, we also understand that this is only the beginning and that we have to pursue this important issue consistently."