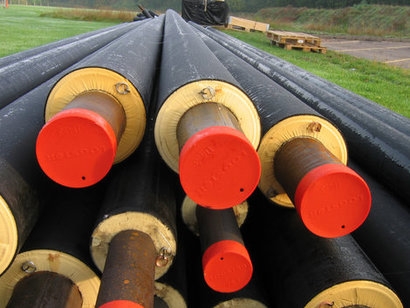 The eight route maps indicate that cost reduction in District Heat Networks could save the UK up to £30 billion if implemented. District Heat Networks consist of a system of insulated pipes used to deliver heat from a heat generator, which could include renewable heat technologies such as biogas and biomass-fuelled boilers and Combined Heat & Power (CHP) units, energy from waste, geothermal, heat pumps, fuel cells and solar thermal arrays.

The Government's recently published Clean Growth Strategy highlighted the potential to build and extend heat networks across the country, encouraged by their successful deployment in many areas of mainland Europe. They have the potential to deliver CO2 emissions reductions and cost benefits using low-carbon heat, waste heat from power stations and large-scale heat pump deployment, as well as reducing reliance on imported gas.

The 18 month project, commissioned by the ETI, and led by AECOM in association with Total Flow, assessed the potential cost reduction of the infrastructure and installation needed for district heat networks. The summary report identifies the ways these solutions could be rolled out and offers eight route maps that could deliver capital cost reductions of 30 – 40 per cent.

Currently 56 per cent of GB building heat demand is concentrated within only four per cent of the geographical area, creating a real opportunity for effective heat networks. Each of the eight route maps details the challenges to be addressed, the proposed solutions, development and commercialisation, and a plan of work.

The summary report proposes that the funding needed to deliver the activities within the route maps should comprise a combination of approximately £10 million from government and £5 million from the District Heat industry, as well as the construction costs of demonstration projects which would also be funded by district heating scheme developers.

"Effective heat networks are already deployed in many regions of the world and deliver large quantities of heat, particularly to areas of high demand" said Nicholas Eraut, Project Manager at ETI. "However, at present only two per cent of UK buildings are connected to district heat networks, and the high initial capital investment and long timescales for installation are key barriers to the wider-scale deployment of district heat networks. Our analysis indicates that close to half of the UK’s existing heat demand could be economically connected to heat networks.

Mr Eraut added that whilst industry can fund many of the activities required, central government is best placed to support the route maps in areas where commercial investment is unlikely. The ETI welcomes the Government’s commitment to building and extending heat networks across the country, both through its Heat Networks Investment Project and as part of its Clean Growth Strategy. It believes that the route maps developed in this project could achieve greater roll-out, more quickly and at lower cost.