Tuesday, 09 March 2021
0
Robin Whitlock
The world will move from global electricity generation of 24,219 TWh to a little over double this figure at 53,153 TWh per annum by 2050, with the largest gains in China, and will manage to shift dramatically from the coal and gas based generation of today, to one where renewables – mostly solar and wind – are dominant. 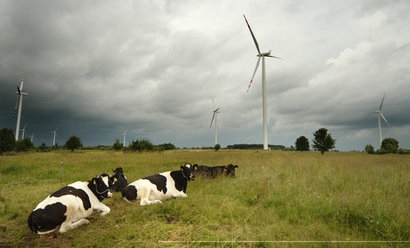 These are the conclusions of a new report just out entitled “Look Back in Anger,” from Rethink Energy, which builds a 2050 energy model with almost zero emissions, and then looks back at the hurdles which were thrown up to prevent us getting there.

Although the report predicts that both hydro and nuclear will offer more generation in 2050 than they do today, they will only grow by 15.9 percent and 55 percent respectively to reach 3,883 TWh and 3,611 TWh of generation. However, renewables, including wind, solar and geothermal and others, will grow by a tremendous 1,161 percent from 2,888 TWh of annual generation today to 33,519 TWh by 2050.

Wind and Solar become virtually unchallenged due to their continuing falls in costs, estimated to fall by 80 percent of today’s costs over the forecast period, so that annual spending on this massive increase will only be 3.75 times the annual spend in 2020. However, this will take in all of the extra electricity required for manufacturing steel, cement, and switching as much home heat energy as possible from natural gas to electricity powered space heating. It also takes in the regular recharge power for all of the 1.5 billion electric vehicles that will be driving around by 2050.

All the figures come from the Rethink Energy “Look Back in Anger” report, the first forecast published that actually pictures global emissions falling close to zero, just requiring a further ten years to get countries such as China, India, Mexico, Indonesia, Vietnam, Taiwan, the Philippines, Russia and Brazil as far down the renewables path as they are likely to go willingly.

The report includes estimates of the emissions reductions in the land transport sector, and something like 9,989 TWh of electricity will come from dedicated renewables for industrialised purposes, much of it driving through electrolysis to be turned into hydrogen, for high temperature materials work which currently requires coal or natural gas. Much of this energy will not have travel through the grid, but the world’s grids will need extending and improving to be able to take the rest of the electricity uplift.

Rethink has tried to Look Back from that point in 2050 and see what the landscape MUST look like, and sees the emergence of super-powerful transnational utilities valued in the trillions on global stock markets, whereas the highest utility valuation today is $86 billion. A second set of successful multinationals which directly supply attached renewables to big industry, such as steel, aluminum and cement, will also warrant massive stock market valuations – this is a role that we see as the equivalent of the current global oil majors.

The carbon lifecycle will become a mandated part of every school child’s education, through a global agreement among 165 countries, with a shared syllabus. This will become standard, and will be a defense against “fake news” ever permeating the energy industry again.

The 2050 oil landscape shows remnants of a once proud profession eking out an existence, trying to provide the remaining 225.6 million internal combustion engine vehicles that we see still on the world’s roads. Where once it was hard to find an electric recharger, it is now hard to find a petrol station, and of course those cars still pay extra carbon taxation, and the cost of petrol at the pump is 6 to 7 times the price it is today.