Grenergy Closes Financing of its Largest Solar Park for $71 Million 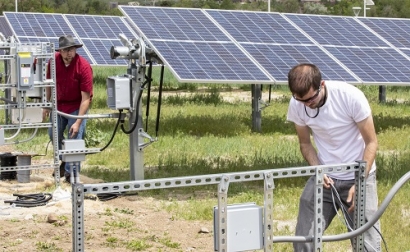 This includes the financing of the senior debt over 17 years and each entity will provide a third of the financing, while Sinia Renovables, specialized in energy projects whose capital is 100 percent controlled by Banco Sabadell, also enters into the financing of the park by granting a mezzanine credit of $11 million.

This new solar project, with an estimated total investment of $97.5 million, will have a total installed capacity of 103 MW and an estimated production of 301 GWh, being the largest developed by Grenergy to date and estimated annual recurring revenues of more than $14 million, with a margin of more than 80 percent. It will be located in Quillagua, according to many studies the driest inhabited nucleus in the world, located in the middle of the Atacama Desert, with a solar resource that will provide nearly 3,000 net  hours of solar radiation per year.

For its construction, which has already begun and is expected to be connected in the third quarter of 2020, the company will use bifacial photovoltaic modules to increase its production by up to an additional 15 percent. This is a technology that captures radiation on both sides to make the most of the surface of the plates.

The community of Quillagua is expected to see employment during the construction of the project as well as investments in different social works with a positive impact on the local communities.

Chile is one of Grenergy's strategic markets. There, the company has a portfolio of more than 2 GW at different stages of development. In addition, Grenergy has become one of the main players in the renewable sector in the country, being the company with more photovoltaic plants connected to the grid with more than 25 to date.

In addition, just a few weeks ago the company strengthened its position in this country with the opening of an operations center from which it will direct its business in Latin America in countries where it also has a presence such as Peru, Mexico, Argentina or Colombia.

According to Grenergy's executive president and CEO, David Ruiz de Andrés, "This project confirms Grenergy's new dimension, being the largest to date with more than 100MW of capacity, but which we hope to surpass very soon. Our investment in Chile is decisive, as it is a serious country that is strongly committed to competitive and clean energies."