Grenergy to Receive Financing for 14 Solar Plants in Chile

Tuesday, 12 January 2021
0
REM
Grenergy, the Spanish company producing energy from renewable sources and specialized in the development, construction and operation of photovoltaic and wind projects, has closed with Natixis on financing of 14 new solar plants in Chile for €70 million (around $85 million). 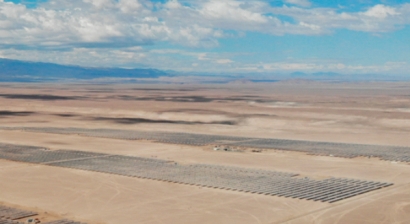 This project finance will be used to build solar plants that have been developed under the special Chilean PMG and PMGD (Small Medium Distributed Generation) regime, which have an installed capacity of up to 9 MW and will sell their production at a regulated price at national level.

Together the 14 projects will have a power of 130 MW and an estimated annual production of 311 GWh, which will prevent the emission of about 108,900 tons of CO2 per year. The construction of the first plants has already begun.

The implementation of these projects reinforces Grenergy's position in Chile, a strategic market where it has a pipeline of 2.6 GW under development and has the distinction of being the company with the most photovoltaic plants connected to the grid, with more than 40 in total.

Grenergy, which has established its operations headquarters for the Southern Cone in Santiago de Chile, is currently building solar and wind farms simultaneously in six countries, having recently begun construction of the Bayunca solar farm in Colombia.

According to David Ruiz de Andrés, Grenergy's CEO, "The closing of financing for these projects in Chile meets the strategic objective of putting them into operation in 2021. It also continues to demonstrate the company's strong commitment to Chile, a serious country with a strong commitment to competitive and clean energy."

AitorÁlava, General Director, Head of Infrastructure Financing in Latin America in Natixis, said that "This agreement with Grenergy is in line with the objective of the financial institution to become an important player in PMGD transactions and infrastructures in Latin America."