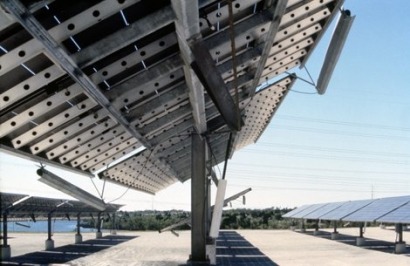 A panel is currently reviewing Australia’s Renewable Energy Target (RET) but the country’s Clean Energy Council (CEC) believes that the policy should be left as it is as altering it could increase power bills and lead to thousands of lost jobs.

CEC Deputy Chief Executive Kane Thornton argued that the RET should be left alone given that over $10 billion of investment had been made in large-scale renewable energy under the scheme since it was established in 2001. This investment would be damaged if the scheme was changed.

“The prospect of continually moving policy goalposts simply deters serious investment in an industry that is already adding major benefits to the Australian economy” Mr Thornton said. “A study completed for the Clean Energy Council found that removing the RET would lead to both the loss of thousands of existing jobs, as well as a reduction in the bulk of future jobs that are projected to be created by renewable energy projects. Leaving the policy alone would create approximately 18,400 jobs by the end of the decade, additional investment of $15 billion in large-scale renewable energy and lower power bills over the medium term.”

Mr Thornton added that household power prices will actually lower by the end of the decade with the RET in place as it will offset the rising cost of using gas to produce electricity. Research by ROAM Consulting has found that household energy prices would be $50 per year lower by 2020 with the RET in place, resulting in a combined saving of approximately $500 million.

The submission by the CEC has called for the removal of the legislated reviews of the policy every two years. The reviews represent the ‘single biggest challenge to the industry’ the CEC believes. It creates uncertainty, stalls investment and, ultimately, drives costs upwards.

“The RET has been repeatedly reviewed and refined and operates as a highly efficient policy mechanism. It is a highly effective scheme delivering renewable energy at the lowest cost to energy consumers” the submission said. “It has resulted in increasing scale and efficiency, in turn driving down the cost of deploying renewable energy. It has also developed Australian capability in the skills and supply chain that drive innovation, as well as local jobs and flow-on economic benefits.”

The submission argues that since 2001 the RET has generated more than $20 billion of investment in renewable energy technologies such as solar, wind, bioenergy and hydro, contributed around 24,000 jobs to employment in the renewable energy industry at the end of 2012, much of which is in rural or regional Australia and supported over two million Australian households which have installed a household clean energy system such as solar power, solar hot water systems or heat pumps. This in turn has helped the renewable energy industry in Australia to generate 13 percent of the country’s electricity in 2012 reducing emissions by 22.5 megatonnes.

The RET has also led to an increasingly diverse and competitive electricity market and substantially reduced power prices, thereby balancing out the modest cost of the policy on other parts of retail power bills.