Wednesday, 06 November 2019
0
REM
Powertis, developers of large-scale photovoltaic plants, has gained 400 MW in the A-6 auction that was held on Monday, October 21. The project will require an investment of approximately 800 million Brazilian Reals and will supply the electricity of 300,000 homes 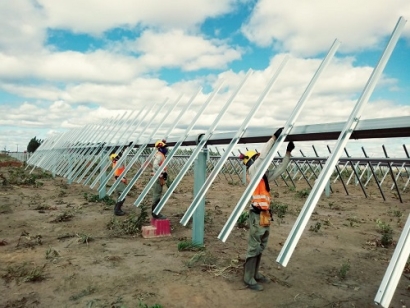 Powertis is a company linked to Soltec Trackers. The company, based in Murcia, Spain, manufactures solar trackers. The project will require an investment of approximately 950 million Brazilian reals (about  €225 million) and will supply the electricity to around 470,000 homes.

A percentage of the energy produced will be commercialized for 20 years through ANEEL and the PPAs will be formalized with Brazilian front-line off-takers and are guaranteed by the Federal Government. These contracts ensure the operation of the plant by Powertis until the end of 2045.

The projects are expected to begin operations in January 2023 and will be financed by the local Brazilian banks BNDES (National Bank for Economic and Social Development) and BNB (Banco do Nordeste).

“Winning this important project in the last auction in which we participated in Brazil, we continue to strengthen our position in this Latin American country where we already have large solar plants in the states of São Paulo and Minas Gerais,” explained Pablo Otín, CEO of Powertis.

The Madrid-based company already has more than 1.5 GW in photovoltaic projects in Brazil after the auction. In addition to the Latin American country, Powertis has a portfolio of projects in Spain that exceed 950 MW.

Soltec will be responsible for supplying solar trackers in all plants and facilitating assembly and construction services. This company is dedicated to the manufacture of single-axis solar trackers and is currently a leader in the Brazilian market according to the PV market study by Wood Mackenzie.