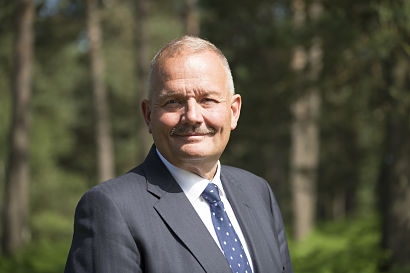 The power cut caused chaos for almost a million people living in England and Wales, with areas affected including London and a major transport network. According to leading industry expert Steve Shine, the event was caused by an issue already known to National Grid and therefore could have been prevented.

“It would be easy for National Grid to write this incident off as a fluke event, but they have actually been aware of this potential issue for many years” said Mr Shine. “Indeed, it can be seen in their System Operability Framework publications and was referenced in their System Needs and Product Strategy document. What is needed is a greater volume of faster response services, which can be called into action when the frequency drops. This would have prevented the need to turn the power off. Storage assets like our own 6 MW Clayhill site responded to the event, but the fact is an insufficient volume of such assets have been procured”.

Mr Shine added that battery storage technology would have resolved this issue and that it is absolutely essential as the UK moves towards a renewable network.

“Despite everyone knowing how important they are to the system, and promises being made about tariffs that would make batteries investable, it’s 18 months later and we are still waiting” Steve Shine said. “It’s incredibly frustrating and if something isn’t done, it will be the end of batteries - as no one will build them and no investor will touch them. The fault here doesn’t lie with the generators or the timing of the failures. The power cut and resultant cost to business and industry, lies squarely at the door of National Grid who failed to take appropriate preventative action and we await with interest the results of Ofgem’s investigation.”

Mike Ryan, Asset Management Director, Anesco, added that the loss of the two generators saw the frequency drop very fast and very low, which in turn led to National Grid’s systems automatically kicking in to cut the power for a million people.

“What was interesting about this event was the role that battery storage ended up playing” Mr Ryan said. “Anesco’s own Clayhill batteries fully responded to help catch the falling frequency. When National Grid cut off the power, the frequency bounced back very quickly, sending the system the other way and meaning our battery sites where then called on to balance the grid by taking power out. As more and more renewable generators come online and we drive towards ‘net zero’, such assets need to be effectively utilised and proper frameworks put in place to work with operators.”

Established in Reading in 2010, Anesco is a UK market leader in the energy storage sector. The company has developed more than 100 solar farms to date, while its renewables operation and maintenance arm has nearly 1 GW of renewable energy under management.