Thursday, 26 April 2012
0
REM
Globeleq has further established itself as a leading renewable energy company in the Central American region, after it purchased 100% of the interest in Eolo de Nicaragua S.A which has been developing a 44-MW wind farm in the province of Rivas on the shores of Lake Nicaragua, about 125 kilometres south of the capital Managua. 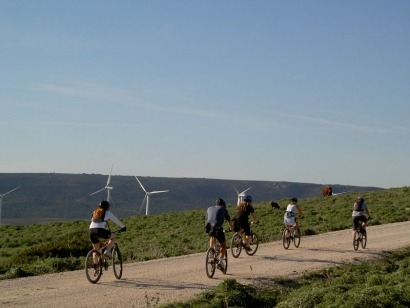 Eolo will also construct a new substation and interconnection lines to enable connection to the national grid. Project finance for the entire project has been provided by FMO; The Netherlands Development Finance Company, which also acted as the lead arranger; Proparco, the private sector investment arm of the French development body Agence Française de Développement; and DEG, Deutsche Investitions und Entwicklungsgesellschaft mbH.

“The addition of another quality renewable wind project enhances our position as the leading wind power producer in Central America.” Says Mikael Karlsson, Globeleq’s CEO, making reference to its operating wind farms in Costa Rica and Honduras; adding: “The Eolo project enables us to harness a natural and clean resource which will have significant and long term economic and environmental benefits for Nicaragua.”

Eolo is in the final stages of its submission as a Clean Development Mechanism (CDM) under the Kyoto Protocol which will enable it to earn carbon credits to sell into the international carbon trading markets.

“Our renewable energy experience in the region is unparalleled and this will ensure a successful and efficient completion of the Eolo project. Civil construction works such as land clearing and road work have already begun and we anticipate testing and operation of the turbines will be complete by the beginning of 2013,” comments Jay Gallegos, General Manager and Legal Representative for GME Wind. Land rights, environmental and local construction permits have also already been obtained for the wind farm.