Wednesday, 12 December 2018
1
Dan McCue
Despite dire headlines suggesting the United States has turned its back on the clean energy revolution and the battle to confront climate change corporations in the country are on a pace to complete 5 GW of renewable energy purchases by the end of the year. 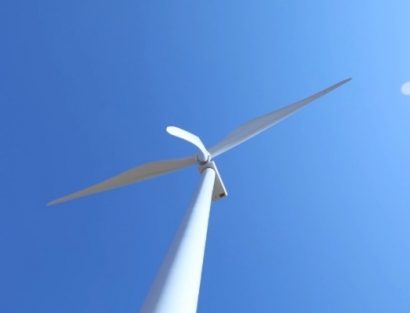 One of those corporations is the telecom giant AT&T, which over the past 12 months has purchased 820 MW of wind energy -- enough to provide electricity for more than 372,000 homes annually.

While the political winds in Washington, D.C., and particularly those emanating from the White House, do indeed appear to be buffeting the renewables sector, Shannon Carroll, director of global environmental sustainability at AT&T, said that doesn't mean corporations have abandoned their long-term sustainability plans.

"AT&T has obviously been looking at renewable energy solutions for years, and while we've incorporated renewable energy into some of our sites in the past, our goal has always been to do more in this area," Carroll said.

"You know, as a business, we've long said that one of our objectives is to build 'a better tomorrow.' Now, that's a great thing to say, but once you've made that commitment, you then have to sit down and say, ‘All right, how do we actually do that?'"

"It's our belief that when you can do something that's good for the business, and also good for the environment, you jump on those opportunities," he said.

To pursue that objective, Carroll and a team of AT&T executives and employees assessed the business landscape, and looked at what others with similar goals were doing in the realm of renewable energy.

While for most of us the telecom sector begins and ends with our cell phones, and the ubiquitous advertisements for the same on television and radio, the reality is the corporations that dominate that space use an enormous amount of energy.

The four largest companies in the sector  –  AT&T, Verizon, Sprint and T-Mobile – collectively use more than 3 million MWh of electric power each year.

Over the course of the past year, AT&T has signed a series of agreement with Juno Beach, Florida-based NextEra Energy, guaranteeing the purchase of all the energy produced at three wind farms currently under construction in Texas, and a fourth, now being built in Oklahoma.

In total, about 330 wind turbines will be erected at the four sites.

While saying he couldn't get into the specifics of the contracts, Carroll said the reality is large-scale renewable energy projects can't be undertaken by developers unless they have assurances that the energy they plan to produce is going to be purchased.

"Power purchase agreements like those we've entered into with NextEra Energy allow wind farms to be built, and we see that as a really important part of our corporate citizenship," Carroll said. "The concept of 'additionality,' this idea of making something happen where it might not otherwise happen, is important to us as well."

The power generated by the wind farms will be transmitted to the local power grid and shared with communities in the region. "It worked out well for us because our global headquarters is in Dallas, Texas, and we have a large footprint in Oklahoma as well, but in the end, we see this as providing a service to the greater community."

"At the same time, the construction of the wind farms themselves will create nearly 1,000 construction jobs, and once they're completed and operational, dozens of full-time jobs," Carroll said.

To help ensure that NextEra has a qualified local workforce to hire, AT&T made a $50,000 contribution to Texas State Technical College to help support its wind energy training program.

The wind farms are also expected to generate an estimated $190 million in property tax revenues for local communities and more than $167 million in lease payments to landowners, according to estimates provided by NextEra.

"That's a lot of economic impact to go along with all the other benefits of relying on renewable resources," Carroll said.

Those benefits include reducing the company's greenhouse gas emissions. AT&T estimates its investment in the four wind farms will ultimately be equivalent to taking 530,000 cars off the road.

And that falls in line with the objectives of another AT&T program, its so-called "10x Goal."

"Our objective with our 10x Goal is to achieve a reduction in greenhouse gas emissions by 2025 that's 10 times what the carbon footprint of our operations is today," Carroll said.

"It's one thing for a company as large as ours to say we want to reduce our greenhouse gas emissions, but in adopting the 10x Goal, we're also recognizing there's an opportunity for us as a company to help our customers reduce their own greenhouse gas emissions," he said, adding, "That's how the reduction we're seeking is going to be achieved, and it really does go hand in hand with what we're doing here on the large scale renewable energy front."

Carroll said as significant as AT&T investments have been in 2018, the company continues to look at opportunities to do more, "whether it's renewable energy, fuel cells, whatever it may be.

"We're always going to be open to the best way of bringing reliable energy to our network and to our customers," he said. "You can rest assured that we're also looking for other opportunities on the renewable energy front."