Tuesday, 16 December 2014
0
Robin Whitlock
Researchers at Cardiff University are working on technology which will contribute to the development of a ‘super- grid’ for sharing renewable power across Europe. 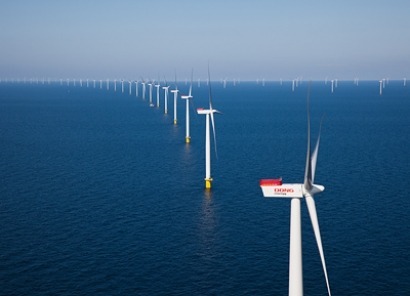 The aim of the MEDOW project (Multi-terminal DC Grid for Offshore Wind) is to bring renewable energy to homes and businesses while cutting fossil fuels. Cardiff University is collaborating with Leuven University (KU Leuven) in Belgium to investigate ways in which energy from offshore wind farms can be shared across the EU via a pan-European DC grid system. This will increase reliability and help to balance power supply and demand.

The project has already been discussed at a Vision2020 Policy Hub Event attended by academic and research management staff from the two universities. Vision2020 is a collaboration platform for research organisations and companies participating in the Horizon 2020 EU funding programme. The Vision2020 Energy Cluster, coordinated by Cardiff University, will facilitate further energy-related research collaborations between the two institutions while allowing them access to increased EU funding.

“Wind power is a source of clean, renewable electricity” said Professor Nick Jenkins, Leader of Energy at Cardiff School of Engineering. “We need to make more of it to become less reliant on expensive imported fossil fuels. In 2012, over half of the energy that the EU consumed was imported from outside the Union.”

New wind farms are most likely to be placed offshore in order to take advantage of higher wind speeds and where turbines are less intrusive. However, this means that better ways of transporting the generated energy to shore need to be found given that it is generated a long way from where it is going to be used. Increased wind power will also support electrification of heating and transport helping to reduce carbon emissions and reliance on fuel imports.

“Energy affects nearly every aspect of our lives and so finding ways of ensuring a cleaner, affordable and more secure energy supply is not an ideal: it’s essential.” Professor Jenkins said.

MEDOW is a Marie Curie Initial Training Network funded by the European Commission and coordinated by Cardiff University’s School of Engineering. A secondary aim of the project is to help train researchers thereby establishing a pool of researchers and expertise from academia, research institutes, manufacturers, and operators developing DC grids. The research team is working with five universities and six industrial organisations with expertise in the manufacturing, design, and operation of multi-terminal DC grids. These include Universitat Politècnica de Catalunya (Spain); Danmarks Tekniske Universitet (Denmark) and China Electric Power Research Institute (China). The project is hoping to form the basis of a pan-European electricity transmission network in order to deliver a single European electricity market while also developing sustainable energy technology and creating jobs.